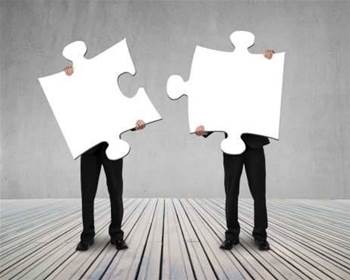 Information security giant Symantec has confirmed it will split into two public companies focused on security and information management by the end of next year.

The company today confirmed the long-rumoured plan, and said its decision came after an internal review found growth and shareholder value would be increased by operating as two business.

Symantec's Information Management business - which generated revenue of $2.5 billion in the 2014 financial year - will include backup and recovery, storage management, archiving, and information availability solutions.

Symantec has for several years operated in two distinct market spaces - its security business bolstered by the acquisitions of the Norton product line, MessageLabs, Altiris and Verisign's authentication unit; while its information management business grew predominantly out of the US$13.5 billion buy of Veritas in 2004.

"It has become clear that winning in both security and information management requires distinct strategies, focused investments and go-to market innovation,” he said in a statement.

“Taking this decisive step will enable each business to maximise its potential. Both businesses will have substantial operational and financial scale to thrive.”

A Symantec Australia spokesperson could not confirm how the split would affect the local business and employees.

"As we’ve just announced our plan to split the company, we are still early in the planning process and are not ready to provide this level of detail. We will be in a position to share more information with you over the coming months," she said.

Brown will continue as Symantec's CEO and will serve as the head of the new Security business.

John Gannon, who was a former chief operating officer at Quantum and head of HP's PC business, will become the general manager of the Information Management business.