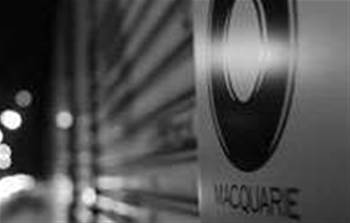 Exclusive: One of the industry's toughest jobs up for grabs.

Macquarie Group's chief information officer will leave the 'millionaire's club' after 15 years with the firm.

Staff were told yesterday that CIO Joe Barker would depart the company at the end of December. Barker had previously been employed in senior roles within Macquarie’s banking and securities divisions.

The company is now engaged in a global search to find Barker’s replacement before the end of the year.

The bank told staff that Barker had chosen to leave the company of his own accord, and would remain in the role until the end of the year to help find a replacement and smooth over the transition to a new leader.

This conflicts, however, with redundancies offered to senior technology executives across the group in recent weeks, pointing to a broader restructure.

Co-workers spoke highly of Barker’s leadership and said the executive had been under pressure to reduce the cost of delivering technology at the bank, which already outsources much of its delivery capacity to offshore operations in the Philippines and India.

Macquarie has spent the past few weeks culling several senior managers employed in its technology operations, which are top-heavy for the most part because the bank instructs its staff to only hire a local employee if the role can’t be service from its offshore delivery centres.

The CIO role at Macquarie is a unique challenge.

Many of these have to maintain some semblance of 'Chinese walls' from each other at systems level so as not to fall foul of the financial services regulator. This has led to stranded islands of applications and data.

The CIO must determine group-wide strategy in this context without being offered a seat on the board.

The role reports into global group chief operating officer Nicole Sorbara, who leads a corporate operations group that bundles together technology, market operations, HR and other business services as a shared service to the six divisions of the bank.

While the company’s next CIO will primarily be responsible for group-wide strategy, he or she will also need to sit on the steering committee of a core banking overhaul scheduled for rollout over the next two years.

Australia’s Commonwealth Bank spent over $1 billion to implement a version of the same software.