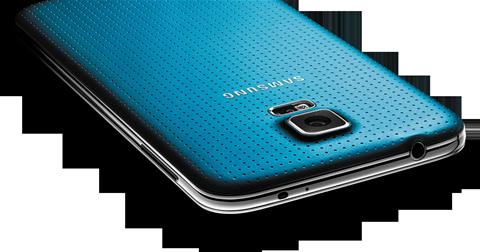 Samsung Electronics is heading for its first annual earnings drop since 2011, after it revealed its short term smartphone prospects were 'uncertain' and its July-September profit would be the lowest in more than three years.

The world's smartphone leader has seen its global market share decline in annual terms for the past two quarters, according to Strategy Analytics.

It has been out-classed by Apple's iPhones in the premium segment and undercut by Chinese rivals like Lenovo and Xiaomi at the bottom end.

Samsung today said in a regulatory filing that operating profit for the third quarter likely fell 59.7 percent to 4.1 trillion won (A$4.4 billion), well below a mean forecast of 5.6 trillion won tipped by a Thomson Reuters I/B/E/S survey of 43 analysts.

This would mark the South Korean giant's weakest quarterly profit since the second quarter of 2011 and the fourth consecutive quarter of earnings declines on a yearly basis.

Samsung said in a statement that although "uncertainty" persisted in the mobile business, which accounted for nearly 70 percent of its 2013 operating profit, it "cautiously expects" higher shipments of new smartphones and strong seasonal demand for TV products.

Many analysts and investors believe the best days are behind Samsung's mobile division as it will need to sacrifice margins to keep cheaper Chinese handsets grabbing more of its smartphone turf, even though new products like the Galaxy Note 4 will help nudge profits higher in the current quarter.

"Samsung was too drunk on the memories of its past victories, which kept it from catching onto how the world was changing," HMC Investment analyst Greg Roh said before the guidance was released.

Even so, Samsung's shares were up 2.1 percent as of 0021 GMT despite the weak guidance. IM Investment analyst Lee Min-hee said investors appeared to be betting that the company's profits have bottomed in the third quarter.

Operating margin for the smartphone business fell in the quarter due to higher marketing expenditure and lower average selling prices, as the proportion of shipments for high-end devices fell and prices for older models dropped, Samsung said.

On Monday Samsung revealed plans to spend US$14.7 billion on a new chip facility - its biggest investment in a single plant - as it leans on its semiconductor business to offset weakness in smartphones. The plant in Pyeongtaek, south of Seoul, would create 150,000 jobs.

The firm has released new premium smartphones such as the Galaxy Note 4 in recent months, featuring metal frames in a bid to address complaints about the use of plastic in the past.

Samsung aims to launch more cost-competitive devices in the mid-to-low end segments. Analysts expect these products to appear by the end of October.