Victoria looks to automate the dispatch of bushfire aircraft 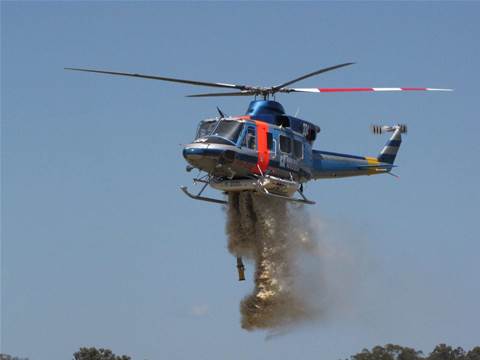 Seeks system to get firefighters in the air faster.

Victorian firefighting aircraft are one step closer to being able to attend to fires faster after the state government went to market this week for a replacement to its existing dispatch system.

The enhanced aircraft request and dispatch system (EARDS) project addresses a recommendation made in the final report of the Victorian Bushfires Royal Commission [pdf] into the devastating 2009 Black Saturday bushfires.

The Commission discovered a three-layered approvals process was required in the request-based dispatch system before an aircraft was able to launch.

It meant the average dispatch time for aircraft was around 34 minutes, due to approval needing to pass three layers in what amounted to a “cumbersome system”, the Commission found.

A trial of “enhanced dispatch” was undertaken in the 2012-13 fire season at Bendigo airport over 106 days and 44 fires, and found that aircraft were dispatched and in position over the fire “significantly more quickly” than those dispatched via the existing system. The trial reported an average dispatch time of eight minutes, compared to the previous 34 minutes.

“Ground crews consistently reported that the early arrival of aircraft was a significant factor in enabling them to control fires,” the Commission reported in its annual report for 2014 [pdf].

“The Commission considers that the current request driven system has inherent delays and does not necessarily allocate aircraft to areas of greatest risk.

“On the basis of evidence provided to the Commission it appears that Victorian agencies have not considered the option of a faster response system for aircraft. They are also not eager to implement such a protocol, despite the evidence that other jurisdictions use ‘automatic dispatch’.”

As such, the Commission recommended the state establish a system that allows aircraft to be dispatched to fires in high-risk areas without needing to request approval from relevant officers.

The Victorian Government agreed with the recommendation, and last week went to market for a new ‘aircraft management system’ that will allow all relevant staff across a number of bodies to access schedule and dispatch, trip planning, and aerial intelligence, in a “transparent planning process” that will “increase predictability of operation” and “improve aircraft readiness and effectiveness while reducing costs”.

“[The system] will … reduce the number of steps and time taken to request and dispatch aerial firefighting resources while maintaining appropriate checks and balances to ensure safe, effective and efficient operations,” the Department of Environment and Primary Industries said in tender documents.

“This will improve the overall efficiency and responsiveness of the Aviation Services Unit’s capability to supply the best possible air support across Victoria whilst minimising operational costs.”

The department intends to award and commence the contract for the new system, which it prefers would be a hosted commercial-off-the-shelf model, before the end of the year.