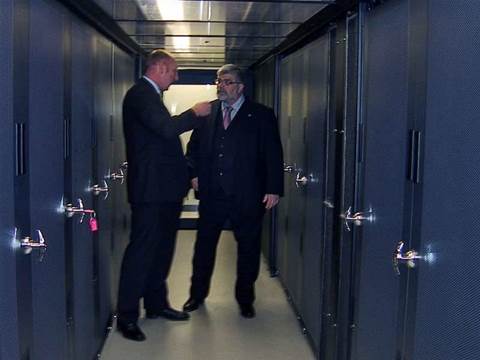 Takes up space with Digital Realty.

Privately-held CDC, which operates two data centres in Canberra, will build out racks within the data centres Digital Realty provides at both Erskine Park in Sydney and Deer Park in Melbourne.

The company’s expansion comes off the back of two big wins in recent months. Last week, CDC was awarded a subcontracting role for Lockheed Martin to provide Australia’s Department of Defence with data centre services from its two facilities in the ACT plus an undisclosed number of smaller computer rooms at Defence bases around the country.

In July, CDC was named on the Data Centre Supplies Panel (Panel 2) by the Department of Finance, which qualifies data centre providers to accept workloads from both federal and state government agencies.

CDC’s broadening network will allow the company to offer government agencies hosting inside their own jurisdiction, and failover services both inside the ACT and across state boundaries.

Digital Realty offers wholesale data centre services from purpose-built facilities, handing over to either service providers or end user customers beyond the level of supplying cooling, power and communications.