Tracking the year of CIO churn 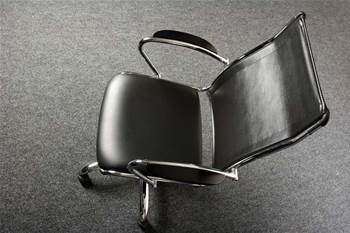 [Blog post] Who shone through in 12 months of disruption?

The last 12 months have quite possibly been the most tumultuous year to be an Australian chief information officer, even by the dynamic standards of our technology industry.

The CIO role at a disproportionate number of our top technology employers – banks, government agencies and retailers in particular – has turned over since the last iTnews Benchmark Awards. To illustrate, we’ve listed a summary of those we’ve reported on below.

Earlier this week we opened for submissions for the third annual Benchmarks in a vastly different business environment to that in which we designed the program.

Some have questioned whether we need to shift from crowning a 'CIO of the Year' to something more generic.

After a few years of the analysts and consultants bandying around that ‘SMAC’ acronym as encompassing the great disrupting forces on IT,  we’ve seen it claim some genuine victims over the past six months, for better or for worse.

We’ve seen the proliferation and accelerated adoption of cloud services on Australian soil, providing yet more options for those business execs that see outsourcing as a means of attaining short-term budgetary relief.

CMOs unsatisfied with the speed at which IT has delivered on their plans for personalised, data-driven services or app delivery, have used the opportunity to stake their claim to technology decisions.

Some organisations, feeling comfortable with the state of their IT posture, have chosen not to continue hiring CIOs. Our last ‘CIO of the Year’ actually carries the role of ‘chief digital officer’.

We won't shy away from bestowing our annual prize on a CIO, a CTO, a chief digital officer, a Head of IT Strategy - the title doesn’t especially matter to us.

What matters is that the winner exhibited technology leadership in a team that has delivered in a big way. Successful technology executions matter more in the current economic climate – particularly in highly disrupted industries - than ever before.

Genuine technology leadership – regardless of your precise job description – is a quality that few possess and something that ought to be celebrated.

Any we've neglected to mention? Email us.

The IT benchmark awards will be held during the CIO Strategy Summit.