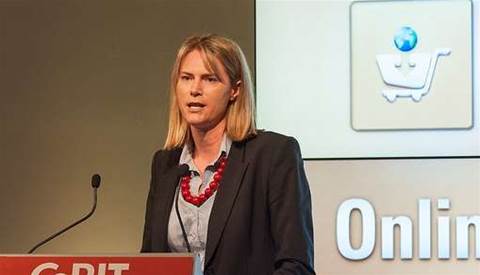 MD says there are bigger problems to solve.

Google Australia's managing director has revealed the company is unlikely to introduce its Wallet digital payments product down under.

Google Australia MD Maile Carnegie today admitted there were no plans to roll out Google Wallet locally in the forseeable future.

Speaking from a panel at the Trans-Tasman Business Circle event in Sydney, Carnegie said the product had originally been designed to meet a need in the United States which she said did not exist in Australia.

Google Wallet was launched in America in 2011 to provide US citizens a digital payment platform. It also allowed Google to gather information on customer purchase preferences in order to inform user profiles.

“Google has a fundamental mindset of focusing on what’s right for the consumer. We are seeking to identify a consumer need, sometimes an unarticulated consumer need - an area where they are dissatisfied or frustrated by the system," Carnegie said.

She said the Australian financial services industry was leading the global pack in servicing consumer needs, meaning the market for Wallet did not exist in Australia as it did in the US.

“I would say Australia is at the forefront. Our innovation ecosystem in banking is robust, so when deciding what services to offer, I always go back to the consumer need and where it is the greatest and seek to address that," Carnegie said.

She pointed to the antiquity of the US financial system, the market's slow settlement of merchant services, and the common use of signed cheques as payment as gaps in the market that Wallet was addressing.

According to Carnegie, there were other issues to address in Australia and surrounds, including how to connect the emerging middle class in Asia.

“We are facing big problems in Australia - the rise of diabetes, the increasing road toll where people die due to human error. I’m not saying the financial services sector doesn’t have big, exciting problems but they are less exciting for me," she said.

“Fulfilling the wants and needs of the two billion soon to be middle class in Asia is one of the biggest opportunities Australia has got.”