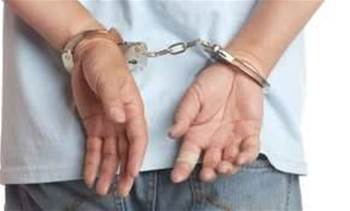 NSW Attorney-General Brad Hazzard believes he has beaten his fellow states to achieving a fully electronic exchange of arrest warrants between criminal courts and the NSW Police.

The remaining one percent that are still paper based include Supreme Court warrants and forensic procedure warrants, Hazzard said.

More than 3800 notices have been issued through the system since work began.

"The courts can now issue arrest warrants at a click of a button and have them to front-line police within a matter of minutes, ensuring we can better protect victims and the community," Hazzard said.

"It also means any orders to revoke arrest warrants can happen instantly reducing any risk of unlawful arrest."

The electronic exchange is a community safety and police efficiency benchmark that is being eyed off by NSW's neighbour states, particularly Victoria.

Earlier this year the Victoria Police spent $2.5 million on new staff and procedures that allow warrants to be entered directly into its core policing system as soon as they arrive in paper form from the courts.

But the state's Chief Commissioner described the effort as "trying to plug up the holes as they arise" as the force pursues full electronic integration in the long term.

NSW has also struggled with delays in communication between the courts and police. In 2010 it was revealed that the state was forced to pay out $2.7 million in compensation for 22 cases of wrongful arrest of individuals out on bail because their details had not been updated in the NSW Police system.

The JusticeLink infrastructure underpinning the capability has also been plagued by vendor troubles and budget blowouts in years past.