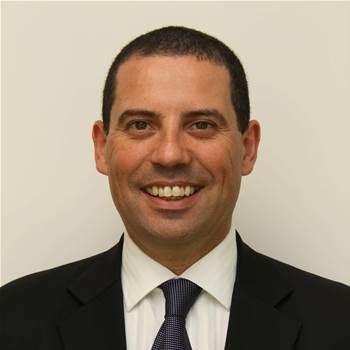 Peter Nikoletatos is set to spend his tenth year as a technology leader in the tertiary education sector in a new role as executive director and CIO at Victoria’s La Trobe University.

The city-hopping CIO will take on the La Trobe role on October 6 to help fill the void left by the imminent retirement of current La Trobe CIO Ged Doyle.

Nikoletatos is currently acting in the CIO role at the University of New England while UNE CIO Rob Irving has stepped up to fill in as chief operating officer.

Nikoletatos left his last permanent role at the Australian National University in Canberra at the end of March, one of several high profile exits at the prestigious institution.

Prior to his work in Canberra, Nikoletatos was CIO of Curtin University in Western Australia and the University of Newcastle. He began his career at BHP IT in Newcastle.

Nikoletatos said he was attracted to the role after discussing La Trobe’s strategy with vice president Natalie McDonald.

“I see IT playing a pretty important role in La Trobe’s future,” he said, crediting the retiring Ged Doyle for doing the “pre-cursor hygiene work” that will leave him space for a more strategic and creative role.

“La Trobe has got great aspirations in terms of where to position itself, both in Victoria but also nationally.

La Trobe has made confident investments in research and offers an IT budget that will keep it among the top tier of universities in Australia, he said.

Gary Seach, currently working as finance director at the University of New England, will also join Nikoletatos as chief financial officer for La Trobe and will also report into McDonald.

Nikoletatos said that after working in positions of technology leadership at four universities, he feels there are two specific skills every university CIO will require.

“The first is to put the 'I' back into CIO – to be data-centric,” he said. “And second, you need to maintain a consistent but bimodal service delivery model.

"By bimodal I mean that your reputation is based on IT hygiene – your stakeholder experience around access, mobility, internet, email and those core services can’t be dropped while you simultaneously introduce agility into the organisation.

“Being bimodal is ensuring that both are being delivered and not compromising one for the other, winning trust with incremental change.”