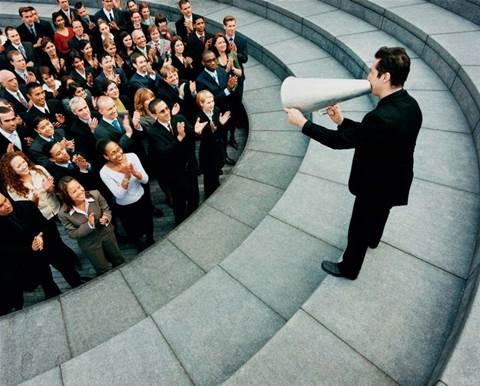 Curran’s appointment as CIO – which looked somewhat inevitable after he overstayed a three-month contract to advise Westpac on its core banking strategy – wasn’t entirely a surprise.

Our readers predicted it back in May, just as they’d predicted David Whiteing’s appointment at CommBank.

His appointment signals Westpac's commitment to a core banking upgrade. It hasn’t yet been the top priority for the bank’s IT team  – who have otherwise been tied up with rolling out a Fiserv-based online banking front-end and outsourcing the build and management of an Oracle-based customer master database.

These two projects also allowed Arthur and COO of Technology Les Vance some breathing room while they sized up vendor partner CSC’s commitment to Celeriti, successor to the Hogan core banking system that St George is currently using.

We had half expected the announcement on Curran’s appointment to come coupled with talk of a change of direction on the core-banking overhaul. Curran delivered an all-encompassing SAP build at Commonwealth Bank, which touched just about every facet of the bank's systems.

NAB and Suncorp are taking a similar approach with the Oracle Banking Solution. It was also a little too tempting to read into the tea leaves when CSC announced last year that it would support SAP’s banking software alongside its own.

But Arthur and Curran told us today they were not concerned about CSC’s each-way bet on core banking.

“Westpac is mid-switch in its technology journey,” Arthur said. “The first phase was on rebuild and repair, and the second is on modernisation. The Celeriti upgrade is the centre of our modernisation phase, but the detailed planning is yet to be done.

Curran told iTnews he was very much “on the same page”.

Earlier this month, Macquarie Bank produced a report that claimed the Celeriti system wasn't ready for the demands of the digital age. But Curran told iTnews this was a fundamental misunderstanding of the components of a core banking system.

Architecturally, Celeriti differs to the Oracle and SAP approaches in that, while all are modular to a degree, a bank deploying the core transactions and deposits functions Celeriti provides isn't as tied down to using the same vendor for all the other aspects that make up a banking solution.

It therefore sits better with the multi-brand strategy Westpac has adopted to date and with recent investments the bank has made with other vendors for its online channel and customer master.

Curran's job won't be to manage a big bet on one vendor or service provider, as he has experienced in the past, but rather to lead an orchestration and systems integration function. That's likely to require the retaining of a strong in-house IT presence.

The good news from all of this: Westpac IT will finally have strong leadership.

Architecture and operations functions are to be brought back together under one individual - there will no longer be a split between a CIO and CTO.

And more crucially, Curran has won a clear line of sight into Westpac's most senior executives.

Within 12 months we will likely start to see a very different bank emerge - and Brett might have to eat his hat about that whole ‘poisoned chalice’ thing.