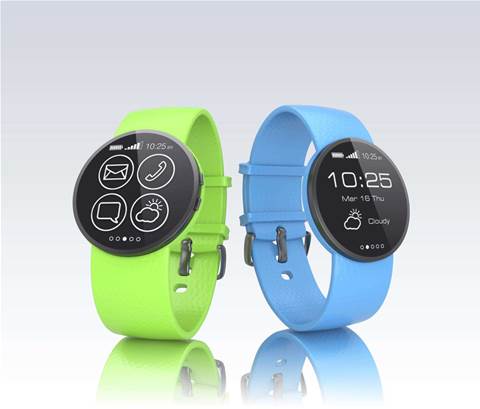 [Blog post] Far out ideas that aren't far off.

Financial services has often been at the forefront of new and emerging technologies.

There are several examples of Australian companies in the sector implementing new technologies quite early in the cycle – whether it was the use of mainframes for product systems, the EFTPOS system, online banking, contactless payments or the broad proliferation of mobile apps.

Beyond the predicted impact of social, mobile, analytics and cloud, what other new technologies are on the longer term horizon which will have a major impact on our industry moving forward?

There are so many invented, many more hyped. It is hard to work out what is actually relevant. Below I‘ve identified what I believe to be the top five emerging technologies that will forever change financial services within the next decade.

We’re starting to see the rollout of smart watches and smart glasses, but there is also a growing number of heads-up displays, health and fitness trackers, health monitors, wearable scanners and even ‘smart clothing’ appearing on the market.

Some of the biggest brand names in the world – Google, Adidas, Nike and Samsung – have put their weight behind the idea.

So what is the relevance for financial services?

A number of banks and insurers now offer access to their apps via a smart device. Bank of America, Wells Fargo and Banco Sabadell in Spain are all building apps accessible via Google Glass and smart watches.

A more advanced application might be to use the data fed in by these wearable devices to help assess the lifestyle of a member signed up to life and health insurance. It’s technically feasible these wearable devices could send data to our insurance company, summarising our health and behaviour. This could completely shake up how risk is determined from a health perspective.

Banks and insurers will want to leverage the data generated from wearable devices. It’s another reason they should strongly be considering big data. If the banks can marry the financial data they already have with real time data about a customer’s location and lifestyle, they will be able to offer an extremely powerful service and one that other industries won’t be able to compete with.

2. The Internet of Things – Sensors everywhere

The Internet of Things refers to the expanding network of physical objects that contain embedded sensors to communicate and interact with their internal states or other sensors in the external environment.

As the prices of sensors continues to come down, almost anything can have a sensor attached to it to enable it to communicate with other sensors. Gartner predicts that by 2020 there will be 26 billion such objects in circulation, three times the number of smartphones and tablets.

Imagine a world where the contents in a person’s home can communicate directly with the insurance company that covers the home and its contents. The insurer could gain better insight into what contents have to be insured and how much it will cost to replace them in the case of theft or damage.

And it’s not a stretch to think that sensors in the contents themselves will be able to detect a fire and call the fire department!

While this may sound fanciful, a real life example of sensors helping insurers is already happening in the field of telematics.

Telematics is the branch of IT concerned with the embedding of sensors in vehicles to transmit information over long distances. Insurers can use this to detect actual driving behaviour to make better decisions on risk. In the US, Progressive Insurance is one of the leaders in telematics with its SnapShot offering and it’s playing in an increasingly crowded field.

Banks and other finance companies will also be able to leverage the Internet of Things – I can see huge potential for mobile and micropayment technology when coupled with the next generation of point of sale devices.

The applications that can leverage this connectedness will be limited only by the imagination.

The science of biometrics is not that new, but we are still at a very early stage in terms of broad adoption and interoperability.

Over the last five or six years we have seen scattered examples of retina-scanning, electronic fingerprints and voice biometrics across the industry, but none of the old methods of authentication and verification have been replaced as yet.

That day might come soon. Tomorrow’s biometrics will cover a vast array of identification methods such as DNA matching, facial matching, iris and retina recognition, hand geometry and even odour.

The technology is maturing at speed - the financial services industry needs to start preparing for a day very soon when we will no longer need PINS and signatures.

It only takes a small catalyst to accelerate that growth. Apple is rumoured to be working on a new fingerprint sensor for the iPhone 6 that is significantly more reliable than the current generation.

This transformation of the way that we interact with our computers has also begun.

Today we have Google Now, Siri and Indigo to name but a few ‘virtual assistants’. They work fairly well but it is clear that we are still only at the beginning of the journey towards being able to speak to our devices as thought they were real people.

Again, when combined with data analytics, there are promising applications ahead for financial services.

Picture being able to use natural language question and answers to ask your assistant for financial advice.

You may have recently received a lump sum and you want to find out what the best options are for investing it. You would ask your virtual assistant in normal language as if you were speaking to your adviser or relationship manager.

The natural language request would be interpreted and in the background trigger a chain of queries to the financial institution that would provide you with a recommendation (probably along with a full page of disclaimers to protect the bank).

The closest we have to this sort of service is IBM’s Watson, which is beginning to be used in call centres and to deliver insights to ANZ customers.

While there are many well documented issues and concerns with new crypto currencies like Bitcoin, there is simply too much activity associated with them for the fad to pass.

Once security and transactional integrity issues are ironed out, crypto currencies have the potential to completely shake up the financial services industry.

Only this month, Dell has confirmed it will accept Bitcoin as payment for products purchased on its website. That will make Dell the largest e-commerce business to accept Bitcoin.

There are also now three Bitcoin ATM machines in Australia that will allow you to create an account and transact. The machines enable you to send money directly across the globe with no fees, are totally traceable, purportedly secure and there are no intermediaries involved.

Banks need to take note of what’s going on here and prepare.

Bitcoin, while not the only crypto-currency, is the one to watch. Bitcoin is an amazing phenomenon – mostly because of its technical underpinnings and the efficiency that brings to transaction.

“All Bitcoin transactions are exchanged through a distributed network of trust that does not require or rely upon a central intermediary like one of the big banks or a broker. [Also, the way it is architected], only the owner of the asset can send it, only the intended recipient can receive it, the asset can only exist in one place at a time, and everyone can validate transactions and ownership of all assets anytime they want”.

There are a reported 12 million Bitcoins in circulation at around US$670 per coin.

Read on for longer term innovations…

There are many more technologies being worked on that will have major impacts for our industry.

Driverless cars and their impact to the future model for car insurance is one. Quantum computing is another. When QC does eventually become a reality, and I am convinced it will, it will become an enabler for the exponential growth of all of the above technologies and more.

Research organisations like the MIT are also working on innovations that will have a big impact over the longer term. I went to MIT last year and was blown away by some of the stuff they were looking at in their R&D labs. They are working on new innovations that are out of this world.

One example that stayed with me is their research on contact lenses. Forget Google Glass, how about putting in a contact lens that projects a screen in the front of your eye and uses blinks or your voice as a interface. One blink for a left mouse click, two clicks for right.

Some theorists predict a future where there will be sensors integrated with our bodies. We will effectively all be able to communicate with each other and things through our minds (which will really just be our minds sending a wireless message to a sensor in another person or an object).

While I am secretly very interested in some of these futuristic innovations, I suspect they will be too far out in the future to worry about during my career in financial services.

So what should financial services companies be doing about new and emerging technologies?

First, make sure that you have a division in your organisation that is focused on keeping abreast of new and emerging technologies.

Technology is moving so fast and there is so much going on that you need a team to filter out the noise and work through what may actually have a practical application in the industry.

Make sure you are hooked into some of the real thought leaders in this space. Personally I use organisations like MIT, IBM, Gartner and futurists like Michio Kaku for a lot of my insight, but there are many organisations and individuals who make a living out of creatively thinking about what might be.

Second, educate your executive team and your board on the increasing pace of change in technology and try to convince them that no organisation should remain complacent. The financial services industry is particularly susceptible to disruptive technologies and always has been.

Finally, create a test and learn culture in your organisation. Invest in trying out a few things. When creating a proof of concept, try to make it as real as you can. I am not a big fan of proof of concepts being run by engineering teams. I believe that we should be focusing more on proof of value - which means that you need to test new ideas on real business problems.

What new and emerging technologies would you have included in your top five? 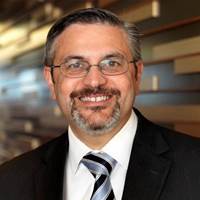