There's no coke and hookers in the cloud 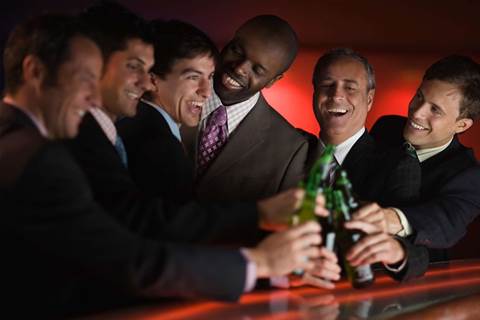 If as a CIO you’re expecting to get the same after-sales experience from a cloud provider as you have long enjoyed from your traditional supplier base, best reset your expectations.

We have much to learn from those large companies that have opted to wear the risk as the first genuine enterprise customers of a new generation of cloud service providers such as Amazon Web Services or Google Apps.

I won't name names. But you've seen their chief executives bravely taking the stage at global summits, applauded for their forward-thinking and bravery. Their CIOs are showcased in colourful promotional case studies as the one big fat account that proves cloud is now enterprise-ready.

But six and twelve months on from these early flirtations, I’m hearing mixed messages from executives about the reality of the marriage.

Their problems are rarely about the technology, and whether it delivered the expected value. It’s more often about love. Where is the love?

Being the first of the big boys in the cloud can, despite the wealth of users on the same platform, feel a little lonely at times. There are no enterprise peers in the US or UK to call up and ask what they learned from their implementation. It’s more likely they’ll be calling you asking the same questions.

And it isn't easy to discuss contractual issues or risk issues in a user group - unless your version of a user group is an online forum inhabitated by software developers, many of them working within SMEs or service providers, and none with the issues of your scale.

Like any marriage, the real challenge begins when something goes wrong.

There is an entire generation of chief information officers that have been fattened, boozed up and fawned over on the bill of vendor account execs and marketers. I’ve occasionally been there to enjoy some of it for myself. Lunch here, dinner there, business class airfares, whatever it takes for the salesman to get the deal.

While we’ve (hopefully) moved on from the coke and hookers era that bound executives to one "strategic applications partner" (remember those good times in Vegas, mate?), the love is still there if your spend is big enough.

That's because vendors like Fujitsu, HP, IBM and Microsoft are sales and service organisations at heart. They might hire a few too many lawyers for our liking, but they sure as hell know how to make a buyer feel good about signing on the dotted line.

And you’re certain to get loved up good and proper when all of these coincide, as the oft-quoted story about HP CEO Meg Whitman flying to Australia to appease the Commonwealth Bank over an outage serves illustrates.

So what happens when something goes wrong at Google or Apple or Amazon, and you’re their largest enterprise client in the region? Does Larry Page or Tim Cook or Jeff Bezos take a long-haul flight and promise to make amends in front of you and your executive peers?

They will most likely not even take your call.

Early adopters of cloud tell me that during pressing issues, like outages, they have been referred to a blog post for the ‘official statement’ - the same blog statement available to me as a journalist or any other member of the public. They’ve been asked to lodge tickets on a hosted service desk and wait in line for a response like anyone else.

You won’t get a guarantee, or a documented promise that your service provider will make amends, to slap on the table at the next board meeting. “This’ll never happen again, folks, the lawyers have made sure of it.”

In the cloud, there is no VIP club, especially once the deal is done. If cloud services do indeed cost less (they sometimes don't), it's partly because there are less humans employed to pick up the phone for you to vent at.

Your cloud provider might not see the urgency in cutting off access to a departed staff member. That's your job now. And every customer is likely to be offered the same public access into the roadmap of new features - your scale won't necessarily buy you earlier insights.

That's ok right? This is the great democratising power of the cloud. As a CIO, you'll just need to accept that you won’t get gold-plated service. So best not anticipate it.

On that basis, I reckon that using cloud adoption as an excuse to cut headcount in technical staff is a short-sighted idea. The mix of skills you require under a cloud model might vary - in that you’ll need more skills higher up the stack rather than at infrastructure level. But that aside, you'll need somebody dependable to turn to - somebody to build a fix when your cloud provider doesn’t have one.

First, the style of support offered by cloud providers is having an impact on IT outsourcers, who now find themselves looking very costly. Some have chosen to pare back support resources to lower their cost base and be more competitive on future deals, and are struggling to meet the contractual obligations they have with existing customers. Sounds like a turbulent time to be considering long-term IT outsourcing deals.

Those service organisations that market themselves around a dedication to support, however, are finding it hard to get traction with that as a marketing message. The prevailing obsession is cost reduction through automation, support a secondary consideration. Definitely lots of scope here for more analysis.

What have been your experiences with post-sales support for SaaS and IaaS? I'm looking to write a research note on the subject. You can feel free to email me to line up a chat.