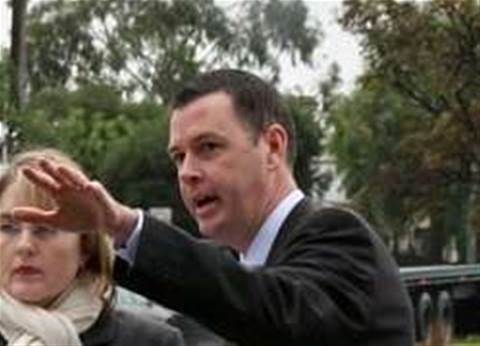 Victorian opposition police spokesman Wade Noonan has backed the prospect of a state police force equipped with mobile devices, just months out from what promises to be a tightly fought state election.

In a live debate on Melbourne’s 3AW radio station with government counterpart Kim Wells, Noonan said “there seems to be a lot of sense” in a mobility-based approach to policing.

Earlier this year chief commissioner Ken Lay handed down his controversial ten year vision for the future of Victorian policing, which amongst other things recommended that computing devices currently installed inside police cars be replaced with a full fleet of tablets or smartphones carried by frontline officers.

Noonan said he was concerned about “the amount of police time consumed essentially with filling out paperwork” – a point emphasised by Lay’s report.

“Rather than add mounds of additional police there may be an opportunity to build greater efficiency into the shift of the average officer,” he said.

Both Tasmania and the Northern Territory are due to achieve fully tablet-equipped forces this year. Queensland, which has much larger numbers to contend with, is also moving quickly with its iPad deployment.

At present Victorian law enforcement is still struggling with the far more pressing issue of a 20+ year-old crimes database, LEAP, which continues to suck resources out of the agency.

Police minister Kim Wells told 3AW the state had made some progress thanks to a $23 million funding injection in 2013.

“We have this ridiculous situation where people have to fax 17 different forms into a central unit to complete a data input,” he said.

“With an upgrade as part of the [Policing Information Process and Practice (PIPP)] reform they have been able to computerise that, which is certainly a step forward.”

However, much more funding will be needed to fully overhaul LEAP.

But Noonan evaded a challenge by host Neil Mitchell to commit Labor to a promise that the money would be forthcoming if his party wins government in November.

“I think we need to sit down with the chief commissioner and just understand how this could happen,” he said.