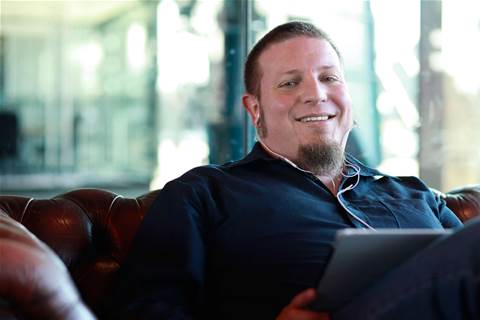 Yahoo7 is rolling out a semantic publishing platform across the web sites that promote Channel 7’s local free to air programs, building its new content systems atop an open source graph database.

Craig Penfold, CTO Yahoo7 was inspired by a similar project undertaken by the BBC, which initially launched semantic web publishing for the channel’s 2010 World Cup website to increase viewer engagement.

After conducting research and discussions with BBC and Yahoo, the Yahoo7 team chose to change the datastore from a standard SQL database to a graph database.

Leveraging know-how from Yahoo US, Yahoo7 partnered with an American open source company called Systap for assistance in designing the semantic site. Systap offers consulting services around the Bigdata open-source graph database, which is written entirely in Java.

The front-end of Yahoo7's new site is based on HTML5.

Penfold told iTnews that standard TV websites group content for any show into format types such as galleries, videos, articles, “but that’s not the way viewers want to interact with a TV website."

Viewers, he said, "want to view all the relevant content dynamically, [as they relate to] teams, competitors, locations and judges.

“By changing the underlying datastore we are able to pull in all the content around a character dynamically and at scale.”

A team of eight - including a product manager, editor, engineering, front end developers and data scientists developed and rolled out the semantic web publishing, initially on the Home and Away web site.

In order to graphically represent the content, the team are required to understand the format, e.g. text, video, image, but also its context. Relationships are then inferred between the entities into a graphical structure. For example, a scripted drama would involve cast, characters, episodes and storylines.

Native advertising is now injected into the stream of content rather than being served in an embedded site. This allows advertisers to customise the advertising to reflect the themes of the program and improve engagement with the advertising.

After the Home and Away site, the technology was rolled out to 'My Kitchen Rules' and 'House Rules' with 'X Factor' joining the semantic structure soon.