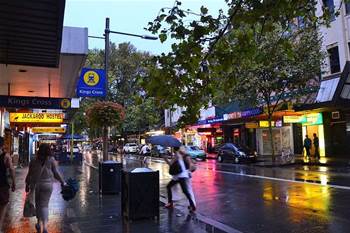 Not happy about forking out thousands.

Around 35 “high-risk” venues in Sydney’s nightclub district will be forced to foot the cost of a government-mandated trial of electronic ID scanning technology as part of an effort by the state government to reduce alcohol-related violence in the area.

The trial was first announced last year and will commence in July. All 35 venues will be required to operate ID scanners for patrons entering their facilities from 7pm Fridays to 7am Mondays and public holidays.

Photo identification will be electronically scanned into a linked system to allow a person to be banned across all the identified venues.

The NSW Department of Trade and Investment has not put forward any funding for the project, opting to instead leave the individual venues to foot the bill.

The scanners themselves are understood to have an upfront cost of $4000 per machine, while software updates to the system come in at around $595 per month. iTnews understands many of the venues will need to purchase more than one scanner.

Owners of the Kings Cross venues subjected to the trial are outraged at the government’s decision, which they say places a further financial burden on a district which is already facing tough times as a result of the state’s new lock out laws.

One nightclub owner said the project would cost him around $189,000 a year, including the extra staff hours needed to man the devices.

NSW Trade and Investment did not respond to request for comment.

The department took over the tender for the Kings Cross system in December last year after the first chosen supplier - selected by the Kings Cross Liquor Accord, which had previously been handling the project - failed an ethics test.

The setback meant the project failed to meet the go-live deadline of December 6th, initially set to coincide with the passage of new legislation allowing the technology to be rolled out.

The tender documents released to prospective bidders revealed the technology could potentially be rolled out to as many as 300 venues across the Kings Cross nightclub district.

All the data coming into the system from the 35 trial venues will be password-protected and encrypted, and staff operating the scanners will be required to undergo privacy training. Venues that allow staff without privacy accreditation to operate the scanners face fines of up to $1100.

The majority of information in the system will be deleted from the database after 30 days, but the details of patrons subjected to bans will remain for a longer period of time. Only NSW police officers will be allowed to access the system.

The ID scanning system plays a key part in enforcing the new 48 hour and 12 month bans police are able to impose under new legislation to clamp down on public drunkenness and violence.

The contract for the trial has been awarded to Group Security Solutions until April next year.