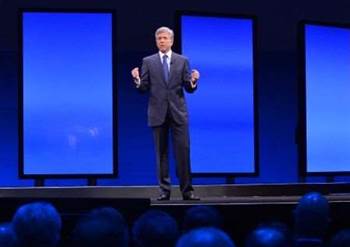 SAP has announced an effort to simplify its operations – including its approach to licensing – as a means of appeasing frustrated customers.

To demonstrate SAP’s new “simplified pricing model”, CEO Bill McDermott announced at the company’s annual conference in Orlando that it will make the Fiori UX product and SAP Personas free when bundled with a software contract. These features have previously incurred additional licence fees.

SAP’s pricing structure has been the bug bear of users for some time. In 2012 a survey of the UK and Ireland SAP user group found that 95 percent thought it was too complex and 88 percent wanted more price transparency.

At the time Australian CIOs indicated to iTnews they shared the same concerns.

Today's announcement has been welcomed by the SAP Australia User Group.

The SAUG Executive Network said it endorsed the released of Fiori intially as "a real improvement for users of the SAP Business Suite".

"At the same time, SUGEN was disappointed that Fiori was licensed separately. In SUGEN’s opinion Fiori is a set of enhancements in the user interface that should be covered by the maintenance fees customers pay to SAP."

McDermott said the HANA platform would become the underpinning architecture for SAP’s new ‘run simple’ program, which will see the company streamline not only the internal organisation but also customer engagement, pricing and the SAP product to become a more 'consumer-like' organisation.

“Best in class companies have seven layers. A big company shouldn’t be structured like an onion and it shouldn’t make you cry when you peel it back,” said McDermott - a veiled reference to SAP’s recent restructure.

And in keeping with the simple theme, SAP is also piloting a 'one service' model which will provide customers with a single point of contact within the company rather than multiple points of contact. The company is piloting this approach in select offices.

SAP currently serves 25 industries globally with its on-premise solutions, and with this announcement the company hopes to fast track “next-generation, intuitive interfaces” to the market across public, private or hybrid cloud infrastructure.

The co-innovated solutions will run on SAP HANA, which is offered in Australia through a local data centre.

Industry-specific solutions are one of the last bastions left relatively untouched by cloud enterprise solutions. Most enterprise software players are now scrambling to provide an offering.

Bernd Leukert, head of product and innovation, told iTnews SAP had in the past delivered best practices regarding how to configure a generic system for an industry-specific flavour, and it was "up to the implementation partner to decide whether to implement it that way or not".

"In this case, the competency of innovative customers and partners will play a significant role."

Penny Wolf is attending Sapphire in Orlando as a guest of SAP Australia.