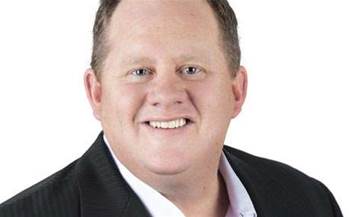 Megaport has won a battle through the communications arbitrator against TPG-owned Pipe Networks after the telco tried to prevent Megaport from accessing two Pipe data centres.

In January this year Megaport owner Bevan Slattery claimed TPG - the new owner of his former company Pipe Networks - was denying its rivals access to two of the data centre operator's facilities.

As a result, Slattery advised customers that Megaport had been forced to suspend taking new orders for services from Pipe’s Brisbane and Fortitude Valley data centres in Queensland, due to TPG’s attempts to block Megaport from installing fibre in the facilities.

Slattery said TPG claimed Pipe’s customers were not ‘occupiers’ of the data centres and therefore Megaport could not use powers under Schedule 3 of the Telecommunications Act - which allow carriers access to buildings without needing permission from the owners in order to provide services to occupants - to access the facilities.

"If accepted, this argument would mean that Pipe's datacentres could become 'competition-free zones', and TPG can (and evidently will) prevent Pipe's telehousing customers from ordering services from competitive carriers such as Megaport," Slattery said at the time.

He promised to take the case to the Telecommunications Industry Ombudsman, which Slattery late yesterday revealed had ruled in his favour.

Pipe had argued to the TIO that Megaport had no right to supply services to Pipe’s telehousing customers, who were able to obtain such services from Pipe itself - an argument that was rejected by the TIO, according to the decision document sighted by iTnews.

The TIO rejected both arguments and said Megaport had legal rights to install connection equipment in the data centres in order to supply Pipe’s telehousing customers with competing services.

As such, Megaport will be able to install its own equipment in the Fortitude Valley data centre from June 16 this year. The company is awaiting a decision for the Brisbane facilitiy.

"The sad part of this situation is that Pipe/TPG's position isn't isolated and that Megaport is finding that non-independent data centre operators, usually operated by carriers, are attempting to frustrate Megaports entry into the market,” Slattery said in a statement late yesterday.

“Independent data centre operators welcome Megaport with open arms and understand the value we bring to their ecosystems. It's important for organisations that are looking for colocation to look beyond "price" and consider whether they should put their IT infrastructure in a thriving independent ecosystem or in a zombie carrier data centre – the "undead" of colocation."

But a spokesperson for TPG said the company would consider whether the issue could be dealt with in court.

"Pipe considers that access rights under Schedule 3 to the Telecommunications Act may not be as broad as the TIO’s findings imply, insofar as they deal with accessing data centres," a spokesperson told iTnews.

"If Schedule 3 entitles access to all data centres, which presumably includes all Telstra exchanges, NBN POIs and other commercial data centres, there is the potential for a significant shift in the business models for data centres across the country."