Selling IT change to the user base 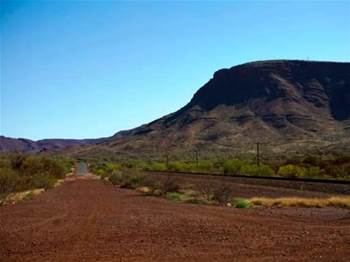 [Blog post] Are quick wins the secret to getting staff on board?

It is a headache familiar to all CIOs - today's tech-savvy user carrying a sleek Android tablet and a Samsung smartphone is unlikely to find their company-sanctioned, on-premise enterprise software easy or intuitive to use.

I recall when client/server first arrived there was a visible excitement among organisations as clunky, mainframe green screen solutions were replaced with UNIX-based systems.

For many, history is repeating itself. The ERP systems rolled out late last century and during the noughties are the equivalent of the frustrating mainframe experience of the past.

And in many instances the memory of a rigid and inflexible legacy ERP solution can colour users' future view of a new product update, no matter how spanking new and whiz bang the latest version is.

Take the case of base metal mining company MMG. The company has been running an old version of SAP for more than a decade. When it was rolled out in 1998 it met the needs of staff and the board alike; but the user's view of the solution today is somewhat jaded.

MMG is part way through a multi-stage rollout of a more recent version of the same product which will deliver transformational benefits such as streamlining the IT infrastructure and providing a platform for future growth.

He sought a “quick win” which would allow him to demonstrate to MMG employees some of the new user experience they could expect from the upgrade.

"We needed to show staff it wasn't the 'old SAP', and a cloud-based solution provided fast implementation," McClure told iTnews.

MMG has implemented an onshore cloud-based staff performance and talent management solution as a teaser to show employees what the company's upgraded SAP ERP implementation will be able to provide.

“[We're] focused on ease of use. We wanted to fast track a solution around employee management that would assist with change management and herald the advantages of the new ERP solution," MClure said.

He assembled a purely HR representative task team to steer the implementation and gain ownership and buy-in. IT wasn’t required to be involved in the scope of the provisioning.

McClure considered the speed of implementation a key requirement and weighed that against cost of ownership, which was calculated as not being significantly different from an on-premise option.

“From an IT staffing perspective there is no maintenance, no patching and it offers flexibility. If we decide it no longer meets our needs we simply won’t renew because that’s the advantage of a subscription-based fee structure, there’s no lock in, we can simply stop paying.”

The solution, which helps to manage MMG’s staff of 1200 globally, replaces a paper trail of reports that included a management by objectives approach, a bonus calculation model and a report for identifying career objectives and training needs.

Is change management an issue with your users? Is it your experience that expectations are increasing and users are becoming more discerning? I'd like to hear about your approach. 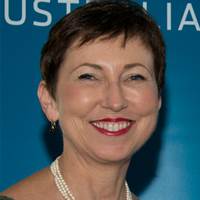 A 20+ year veteran of the industry Penny has worked in marketing roles for vendors including Oracle, Infor and SAP. Penny began her career in the '80s with Australian Consolidated Press as a reporter.
Read more from this blog: The hard word on software