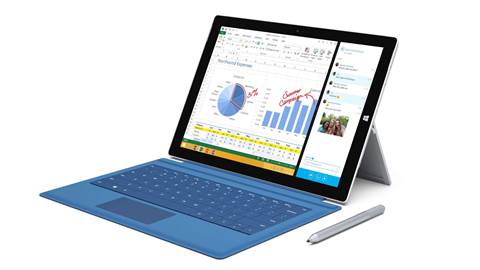 Microsoft unveiled the new Surface Pro 3 in New York this morning, showing that it isn't giving up on building a combined portable PC and tablet.

The company, which has so far not had a look-in on a tablet market dominated by Apple's iPads, has a new sales mantra for the Surface Pro 3: it's the converged device to replace laptops and tablets.

It remains to be seen if the new Surface Pro 3 will improve on the lacklustre sales achieved by its two predecessors. Success in this area is one of the major challenges that new Microsoft boss Satya Nadella faces. 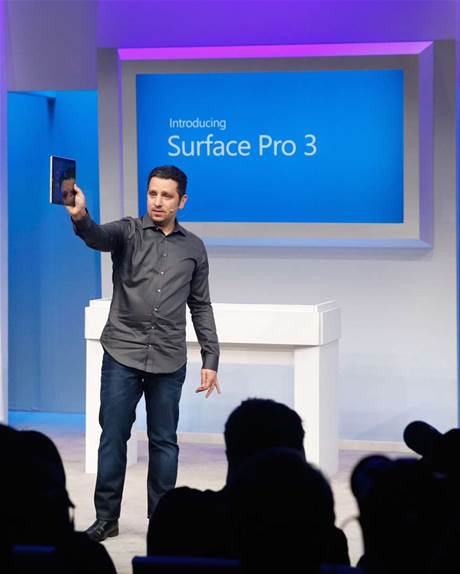 Surface vice president Panos Panay, who along with chief executive Satya Nadella took the covers off the new device, said people will love having just the one device for all their portable computing needs.

To this end, Microsoft has made the Surface Pro 3 extra light, at approximately 800 grams, and a mere 9.14 millimetres slim, with a magnesium case. 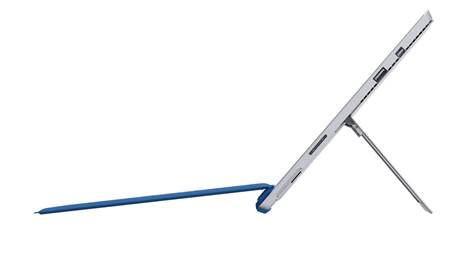 Side view of the Surface Pro 3 with Touch Type cover

There is a 256 pressure level sensitivity pen for drawing and handwriting just as with earlier Surface Pro models, plus Microsoft's Touch Type keyboard cover.

New in the Surface Pro 3 is continuous Kickstand rear support which can be set at any angle now, instead of just one for earlier models.

Despite a large 12-inch ClearType Full HD display with 3:2 ratio and 2,160 by 1,440 pixel resolution and Intel Core processors, Microsoft promises up to nine hours of "web-browsing battery life" for the Surface Pro 3.

The Surface Pro 3 has two high-definition cameras, with the rear one sporting five megapixel resolution. 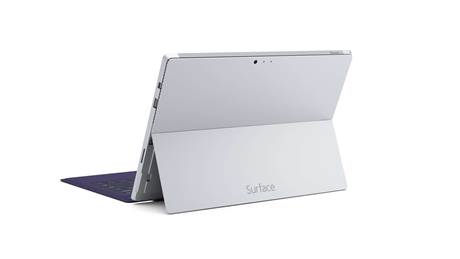 Wireless support includes the latest 802.11ac Wi-Fi standard, and the low-energy Bluetooth 4.0 protocol. There is no LTE 4G cellular broadband for the Surface Pro 3 however. 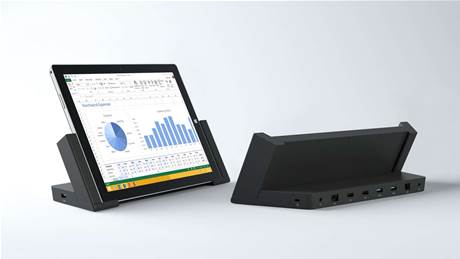 The docking station in use.

The Surface Pro 3 will be available for pre-ordering in the United States from tomorrow and hit the physical and online Microsoft stores on June 20.

Prospective Australian and New Zealand Surface Pro 3 customers will have to wait until end of August however, along with the rest of the world.