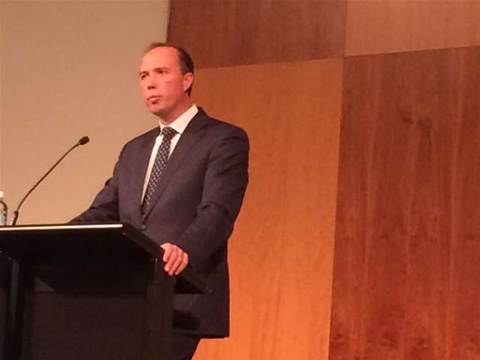 Royle Review to be released today.

Health Minister Peter Dutton has announced his support for an opt-out personally controlled electronic health record (PCEHR), in line with a recommendation of the Government-commissioned review into the system.

At present, the PCEHR is reliant on Australians registering for an account online before their health records can be uploaded and shared amongst their health practitioners. To date this approach has seen only one in 15 Australians sign up.

At the HIMSS Australia conference in Sydney today, Dutton indicated his support for reversing this approach and registering citizens by default.

"The review recommended moving to an opt-out arrangement and I strongly support this view," he said.

"Moving to an opt-out system means that clinicians would benefit from a situation where every one of their patients conceivably would have a record. This would increase the value of this system to clinicians and would provide better health outcomes to our country."

But he also said the public and stakeholders would be given time to respond to what could be a controversial move on the Government's part.

"I want us to get better understanding of whether there is community support for an opt-out arrangement," he said, adding that his "sense and that of the reviewers is that there is".

The Government would look to provide a response "fairly quickly" after the consultation process is complete, he predicted.

The remainder of the 38 recommendations made by the report included changes to the governance model for the PCEHR - specifically "structural changes" to the National eHealth Transition Authority (NeHTA) - along with better clinical usability and a renewed focus on privacy and security.

With only one year's worth of operations funded in last week's Commonwealth Budget, Dutton also flagged the possibility of a new, "innovative" funding model for the system.

"The way that we have funded the PCEHR to date has relied on central government funds. There are massive benefits that eHealth can provide and we need to explore innovative approaches to funding to create incentives to realise and sustain these systems," he said.