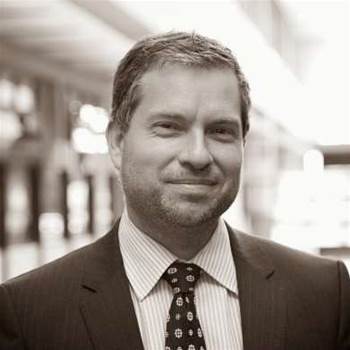 Woolworths acting CIO Damon Rees has farewelled a two-year career with the supermarket giant, during which time he lead a landmark shift to Google technology, for a newly-created role at Macquarie Bank as chief digital officer.

Rees joined Woolworths in mid 2012 from a long stint in IT at Westpac, the last year of which he served as its head of integrated delivery.

He joined Woolworths as its head of run IT before being promoted to head of strategy and performance a year later. Rees took over as chief information officer in September last year following the departure of CIO Dan Beecham, and has been acting in the role since.

He departs after handing over the reins to new CIO Clive Whincup - formerly Westpac’s IT chief - who started the role last month.

Rees said he had really enjoyed his time with a “wonderful” company, but couldn’t look past a “fabulous opportunity” at Macquarie.

Rees was named the winner of the retail category in this year's iTnews Benchmark Awards for his work on Woolworths' Project Leap - which has so far seen over 26,000 staff shifted from a Windows SOE to a mix of Google Apps, Citrix and ChromeOS.

The successful move to Google pushed Woolworths to look at moving more of its systems into cloud and hosted arrangements, which it is planning to do over the coming years.

Rees said while a lot of the external focus had been on the work Woolworths had done with Google, there had been a “wholesale change” coming through the organisation over the past few years as a result of a number of technology initiatives.

“A lot of the focus on changing the support experience for staff, on mobilising infrastructure to position us for future growth - these are very important platforms and foundations being laid that will future-proof the organisation.”

He singled out the establishment of the Woolworths tech centre in late 2012 - similar in concept to an Apple Genius Bar, where staff can go to physical centres in a number of Woolworths’ offices to get technology support and advice for home and work - as one such initiative.

“The creation of the tech centre really changed the model and the focus of service and support for staff,” he told iTnews.

“That was really important in starting to change the focus of and the role of technology, moving us away from break-fix to helping staff get the most out of our technology.”

Similarly transformative were the changes made to Woolworths’ infrastructure, including a move to VCE for IT infrastructure, and partnering with CA Technologies for service assurance and monitoring.

Rees starts his new role today. His position as chief digital officer will be located within Macquarie Bank's banking and financial services division, which is responsible for the retail business across Australia and New Zealand.