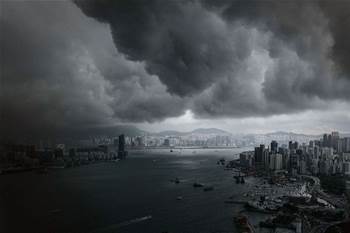 Cloud-watchers get the silver lining.

The Government has committed to funding the construction of a new supercomputer for the Bureau of Meteorology, which is set to strip the Australian National University’s Raijin of its crown as the nation’s most powerful.
No value for the funding pool was given in budget papers released last night, as the Bureau continues to test the market for an industry partner, but the investment is almost certainly one of the largest new technology commitments to come out of what it otherwise a slim few years for IT.
The BoM has previously indicated it wants to build a supercomputer that is 50 percent larger than Raijin, which itself cost $50 million to construct, with maintenance requiring another $12 million every year.
Getting the project through a gateway review process alone is set to cost $400,000, with money set aside for the Department of Finance to pay for the task.
The project will replace the Bureau’s existing Oracle/Sun based high performance computational (HPC) system, which will reach end-of-life in mid 2016.
The HPC spec sheet currently boasts 576 compute nodes rated at around 49 Teraflops using 2.93 GHz Intel Nehalem processors and 24GB memory compute nodes.
It has since been outpaced by facilities like Raijin, with its 1.2 petaflops and 3596 compute nodes, plus around 160TB main memory.
A call for submissions last year revealed the Bureau is weighing up two options for the high-tech enterprise.
It could go with a single supercomputer with 600 Teraflops or more in a “well-balanced interconnect and storage I/O subsystem” located in one off-site data centre; or two identical supercomputers each with 1.2 Petaflops or more also located in off-site data centres.
The new infrastructure will boost the Bureau's weather modelling capabilities and should improve its capacity to warn the public about oncoming natural disasters.
The funding commitment covers the purchase and installation of the supercomputer, associated network upgrades and new data centre links, integration of the new modelling systems and an upgrade in 2018-19.
Got a news tip for our journalists? Share it with us anonymously here.