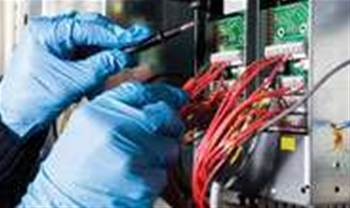 Finds an unlikely ally in iiNet.

NBN Co wants the Government to abandon the customer service guarantee (CSG) on fixed-line voice services, capping months of concerns over the company's lack of support for the standards.

The CSG lays out performance standards for the connection of new fixed-line telephone services, line fault repairs and for the keeping of field technician appointments. Where the timeframes aren't met, consumers can apply to be compensated for the delay.

NBN Co has previously been criticised for its lack of support for the CSG. Earlier this year, ISP iiNet raised concerns over apparent attempts by NBN Co to limit liability where CSG standards weren't met, such as when NBN contractors skipped installation appointments.

Though it was eventually resolved, NBN Co seems intent on using those difficulties to advocate for the repeal of the CSG altogether.

"NBN Co has found the experience of negotiating and implementing its wholesale supply arrangements with industry extremely challenging as a result of the current CSG Standard," it said in a submission to the Government.

"Ultimately, NBN Co has had to create a complex paradigm in its current service level arrangements, including to navigate the CSG Standard in scenarios where a person already has a service, but has requested connection to the NBN.

"In addition, NBN Co has found supporting [ISPs'] obligations under the CSG Standard … to be extremely challenging at this point in NBN's implementation."

NBN Co argued the CSG was designed with a different era of telecommunications in mind, and that it lacks relevance in an NBN world.

The criticisms were echoed by iiNet, which has emerged as a surprise ally in seeking the CSG to be revoked. iiNet blasted the CSG as "out-dated" and not reflective of the "modern communications era".

However, iiNet also sees NBN Co's reticence to accept the CSG obligations as a reason to do away with the guarantee as it stands.

"NBN Co has sought to avoid any contractual responsibility for complying with the CSG performance benchmarks which further demonstrates the redundancy of the CSG," iiNet said.

CSG reform is one of seven telecommunications-specific proposals the Government is canvassing with industry as part of a "deregulatory agenda", which aims to trim red tape costs for business by $1 billion a year.

The Government has not put the full repeal of the CSG on the table — this is a suggestion made so far by NBN Co and iiNet.

Instead, the Government has proposed a model where ISPs can set their own timeframes for connection, fault repair and appointment-keeping, and their own compensation standards should those timeframes not be met.

NBN Co urged the Government not to rush into such a model, arguing "further consideration" is required.

NBN Co has also assembled a pool of 23 barristers and legal experts that may be called upon to arbitrate disputes with ISPs that are unable to be resolved commercially.

Members of the pool, which were revealed by the Australian Competition and Consumer Commission, may be asked to sit on a panel and adjudicate disputes according to rules laid out in NBN Co's special access undertaking (SAU).