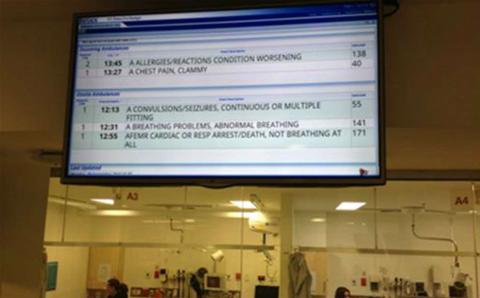 Seeks to reduce strain on 000.

Ambulance Victoria is using data modelling and predictive analytics alongside a collaborative approach with other health suppliers to improve patient survival rates.

The agency's CIO Cameron Crampton told iTnews the state-run supplier was facing an increase in people using its services and a subsequent decrease in availability, which was negatively affecting overall response times.

Crampton and his team chose to turn the traditional approach of measuring the supplier’s effectiveness based on ambulance response times on its head. They are now focusing on the outcome of the patient rather than how fast the vehicle gets there.

“Patient survival rates are the important measure. Quick dispatch of a vehicle with potentially the wrong patient skill set can be lethal," Crampton.

"Patient survival is benchmarking well and improving. In fact, today in regional Victoria survival rates are double those of five years ago.”

With a growing ageing population and a limited budget, Ambulance Victoria is using data analysis combined with greater collaboration and transparency with other patient service providers to rethink the standard way of operating.

“We wanted the ability to model the impact potential changes to resourcing could make to the service," Crampton said.

"So we identified the types of data we required, collected it from a number of sources and built the data collection capability against which we could conduct the analysis and reporting."

The approach provided the first practical step in reshaping the way in which emergency calls are handled. Ambulance Victoria has introduced a second referral system, staffed by nurses and paramedics, to which less serious patients can be routed and their needs met with alternate services.

“This approach could be tricky and high risk, but armed with the patient and clinical data the call centre team are able to quickly identify whether a paramedic staffed ambulance or alternate service is the best to attend to the patient,” Crampton said.

Another data driven project is the addition of ‘arrivals boards’ in the ambulance intake areas of major metropolitan hospitals. The boards, currently in proof of concept, allow hospital workers to see how many ambulances are scheduled to arrive, the types of cases on board and when they are likely to arrive.

The real-time data feed, pulled from the ambulance’s in-vehicle mobile data terminal, is combined with geospatial coordinates and updated every five seconds. These different data sources are delivered to Ambulance Victoria's enterprise bus, which was built using Oracle's service-oriented architecture.

The relevant transactions are delivered to a staging layer where business intelligence interrogates the data and delivers the relevant information to the arrivals boards through a secure internet connection.

Crampton told iTnews this project would be extended to allow a two way sharing of information.

“We can also understand what strain a hospital emergency team may be under. This will allow paramedics to redirect to the most appropriate hospital.”