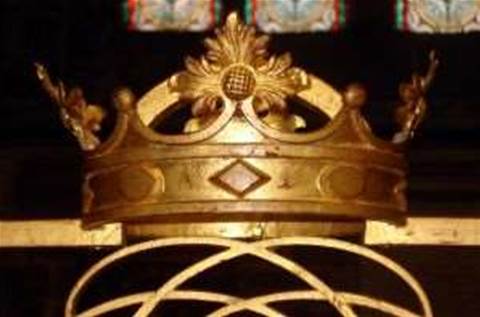 The federal government will no longer have a chief information officer after opting not to replace the position following former CIO Glenn Archer’s recent departure.

Assistant Secretary of the Government Network Services Branch from the Department of Finance, Chris Dale, told delegates at the CeBIT conference in Sydney today that Archer's former responsibilities had been transferred and the CIO role would no longer exist.

Rosemary Deininger has been installed as the first assistant secretary heading a new unit within Finance that will absorb the functions of the former Australian Government Information Management Office (AGIMO).

An office of Efficiency Improvement - which is understood to include non-ICT functions within its remit - will also overseen by Deininger.

It is the second time that the Commonwealth’s central IT body has been reshaped in as many years.

In December 2012, following the departure of Australia’s most senior Government CIO Ann Steward, the procurement and strategic functions of AGIMO were split between an AGCIO and AGCTO, both operating one level below that which Steward enjoyed.

Dale also confirmed that responsibility for the implementation of the new Coalition government's IT election promises would be split between Finance and the Communications department.

He said the dual responsibility “reflects the core competencies of those departments”.

The eGovernment policy released before the election still remains the only direction that the Abbott Cabinet has offered up to guide IT governance in Canberra.

“We have taken the pre-election commitment as a blueprint for what we should be doing,” he said. “We expect it will become Government policy but until we receive a direction from Government about what actions to take it is the best we have.”

But Dale confirmed that the Government planned to start working on a sector-wide audit of IT spending, and was looking towards setting up an IT dashboard of government technology progress and a league table of agency expenditure as part of the pre-election commitment to improving transparency.

He also hinted at plans to establish a whole-of-government content management system to improve the efficiency of Government websites and web publishing.