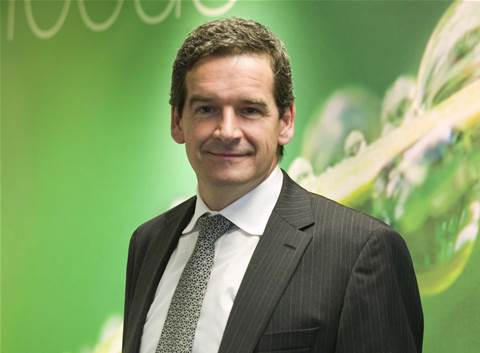 Commonwealth Bank CIO Michael Harte has announced his resignation from the bank to take up a new role as the chief operations and technology officer at Barclays Bank in the UK.

Harte will leave behind an eight-year career as CommBank’s high-profile CIO, during which time he led the bank’s massive $1.5 billion core banking systems overhaul.

The UK’s second largest bank, Barclays, recently suffered a large-scale data breach which resulted in the personal details of 27,000 of its customers ending up for sale on the blackmarket.

CommBank is looking for a replacement from within its ranks to replace Harte, who will leave the company midway through the year. It expects to announce the new appointment in June.

“We greatly appreciate Michael’s contribution to our IT strategy which has built a strong team and a pipeline of value-creating technology solutions which will benefit our customers and businesses for years to come,” CEO Ian Narev said in a statement.

“During the past eight years Michael has been a valued and energetic member of the group’s executive committee. On behalf of the entire group, we wish Michael all the very best as he pursues the next phase of his career.”

Harte’s departure makes CommBank the last of the big four to turn over their CIO in the past year.

National Australia Bank welcomed David Boyle as its new CIO late last year after Denis McGee retired, while in the last few months Westpac CIO Clive Whincup departed to take up the same role at Woolworths, and ANZ CIO Anne Weatherston announced the end of her four-year CIO stint at the bank.