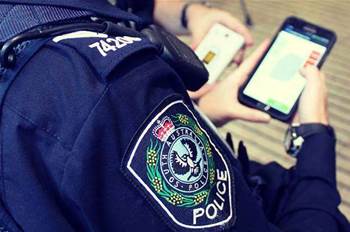 But no dollar pledge to $40 million program.

South Australia’s ALP Government has promised to prioritise the replacement of the SA Police’s legacy IT systems if it regains power at the March 15 election.

The state’s Police Association has been lobbying both parties to commit to funding what it estimates is a $30-$40 million program of work to replace around 40 systems in use since the 1980s and 1990s.

The SA Police has already independently started and funded the first phase of ‘Project Shield’, which will see its legacy applications incrementally replaced over the coming years.

It estimates that it runs 41 ageing systems which pose “a growing risk of failure due to ageing support staff, increasing functional complexity and constantly expanding databases”.

Just over half of these are more than 20 years old.

According to its most recent annual report, SA Police was aiming to decommission the first of its legacy mainframe applications and move to a Niche records management within the 2013 calendar year.

But it will need additional budget support to continue the modernisation.

The Police Association has asked both parties to confirm their stance on the scheme, but to date has only received a qualified promise from Labor.

“Both parties are yet to reveal specifics about funding for this stage," Police Association president Mark Carroll told iTnews.

“However the SA Labor government has informed us that, if re-elected, it will give priority – by the end of the term - to ensuring a sufficiently funded plan is in place to replace all remaining legacy systems."

At the time of writing the SA Coalition had not yet responded to requests for comment.

Carroll also welcomed yesterday’s pre-election pledge from state Attorney-General John Rau to fund a $1.5 million roll-out of facial recognition technology, which would be used at crime scenes and in unison with CCTV to match images against a central database of offender profiles.

“The Police Association supports any initiative to make police work more efficient. Labor's promise of facial recognition technology appears to be another step in this direction,” Carroll said.

“The association will watch with interest how it progresses in the early stages, and will look forward to further information from the government surrounding its use.”

According to Rau, the technology the government is considering works by triggering an alarm whenever a match is made, prompting an officer in a CCTV control room to then decide whether to alert police.

Rau is understood to be looking into NEC’s provision of a similar solution to the Singapore government.

Technology modernisations, especially in the justice sector, have assumed a prime position in the state election campaign.

Earlier this year both parties sought to one-up the other with pledges to modernise IT as part of a $500 million privately-funded rebuild of Adelaide’s courts precinct.

Rau has also been pushing technology strategy as one of the state’s key law enforcement campaign pillars. He has already announced a roll-out of portable finger print scanners linked to Android smartphones, a tablet trial, and computer-simulated systems for firearms and driver training.