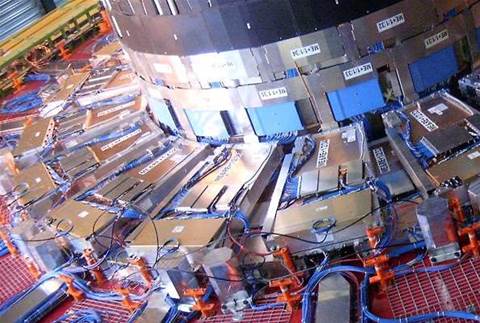 Siemens developed patches for the SIMATIC WinCC Open Architecture application this month after researchers Sergey Gordeychik and Gleb Gritsa aired details of the vulnerabilities telling this publication it could be used to hijack energy, chemical and transportation systems.

Those holes related the way passwords were encrypted and stored in the software's Project database.

The ICS CERT noted the severity of the flaws varied depending on architectures and recommended organisations evaluate how it may impact them.

Siemens WinCC OA has since 2001 been used to monitor "all technical processes" at CERN, including control and monitoring of experiments in the Large Hadron Collider, the world's biggest particle accelerator famous for discovering a particle consistent with the Higgs Boson last year.

Three other vulnerabilities (CVE-2014-1698, CVE-2014-1697 and CVE-2014-1699) were found in an integrated web server which could allow attackers to traverse through the server's file system, conduct remote code execution and launch denial of service of a monitoring service by sending crafted packets and malformed HTTP requests over the network.

Siemens said users should update to version 3.12 of Simatic WinCC Open Architecture and to install the patch - 'P002 January'.

"It is advised to follow recommended security practises and to configure the environment according to operational guidelines [pdf] in order to run the devices in a protected IT environment."

The US ICS CERT recommended organisations: