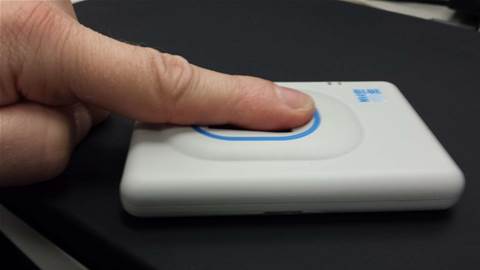 Less than 30 days out from the state election, South Australian attorney-general John Rau has announced that his government has spent more than $3 million on portable fingerprint scanning technology that may never fulfil its purpose.

Rau launched three new pieces of police kit late last week, including 350 Acer Iconia tablets, 150 Samsung Note 3 smartphones and 150 miniature Bluetooth-enabled fingerprint scanners, which are designed to allow officers to verify a suspect’s identity and check whether they are subject to an outstanding arrest warrant without taking them back to the station.

The fleet of scanners cost $2.6 million, and the application running the checks cost $800,000.

But as Rau acknowledged to Adelaide press last week, police can only use the new tools when a suspect consents to having their fingerprint taken.

New laws that would allow police to compel an individual who is “reasonably suspected of having committed an offence” to submit to a scan have yet to be introduced to parliament, with no sitting days remaining before the state election on 15 March.

“I don’t run away from the fact that to make this really really effective we need to back this technology up with legislation that allows the police to require in certain circumstances that people undergo this test,” said Rau.

“At the moment compliance with a request to have one of these checks done is voluntary.”

Rau claimed that a trial of the scanners still produced an undisclosed number of arrests, in cases when the subjects of outstanding warrants wanted to "find out whether they could trick the system” and failed.

The Liberal opposition, which is expected to defeat Rau’s Labor government at the upcoming election, did not respond to iTnews’ requests for comment on whether it would support a fingerprint compliance bill through parliament.

At this stage the fingerprint scanners will only work with the Samsung smartphone and not the 350 Acer tablets also being rolled out as part of a trial based at the Elizabeth police station. However Lance Heather from NEC, which will supply the scanning application to SA Police, said compatibility is possible in the future.

The application runs a comparison of the fingerprint data against the national fingerprint database run by CrimTrac. A check takes an average of 40 seconds, Heather said.

The SA Police hopes a successful tablet trial will see the roll out of devices funded further across the force.

Rau said with the current technology officers can “do the same work in the car that they would be able to do in the office” including entering information back into core police databases without having to return to the office.