How do we serve three billion new internet users? 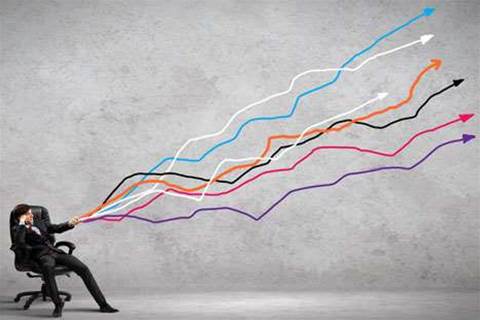 Sustainability a key issue as activity shifts to the developing world.

If, as expected, over a billion new internet users make their first connections in India and China in the next dozen years, will the region have enough power to serve them content?

Such is the concern of Scott Noteboom, a data centre engineer who led builds for Apple and Yahoo in the earliest days of the cloud, and who now eyes Asia as the next big opportunity.

Noteboom is the keynote speaker at the Australian Data Centre Strategy Summit, curated and hosted by iTnews, which comes to the Gold Coast Marriott on March 18-20.

But by 2006, US companies had spent billions connecting the country with fibre and Noteboom was among those in the facilities business who saw an opportunity to lower costs by seeking out cheaper land and lower cost power in ‘Tier Two areas of the internet’.

“There were two big things that led to data centre maturity in the US - the first was going into more efficient site selection. The second was adoption of more efficient designs - improved efficiency in the electrical system, outside air economisation, more modular designs," Noteboom said.

"Once we make things more modular and more scalable, and with the right site selection and the right infrastructure available, you could today start with a 1Mw data centre and scale to 50 Mw. You can run a six month capacity plan," he said.

“I used to blame the product guys for getting their three year plans wrong - but what you learn is that [digital] business is so nimble, three years is forever. It was up to guys like me - as data centre designers - to change the way things were built. I could ask them for six month plans and incrementally scale on a quarterly basis.”

Lessons for the new world

Noteboom is concerned that technology providers in burgeoning digital economies like China and India might make the early mistakes the US did.

“What we have is a disproportionate amount of data centres in the US relative to the emergence of a global digital society,” he said.

“If you look at the growth in the internet usage to 2025, we might expect the US to grow from 250 million users today to 275 million users - an incremental increase of just 25 million. The global incremental growth is forecast to be three billion new internet users, many of them from places like India and China.

“I have a couple of problems with that. One is I question if that’s sustainable from a performance standpoint."

Noteboom said optimal performance for a highly interactive web application needs at least 50 ms or less to 90 percent of their users. The current average for a user connecting in North America is 58 milliseconds (ms), which is “just about there”, but for an Asian user is 113ms, a European 180ms, a South American 168ms, an Australian user 107ms - mostly because a great deal of the content being served to these regions is hosted in the US.

“Without a lot of investment we’ll see substandard performance in areas of emerging growth.”

After meeting with business leaders and government in Asia, Noteboom is also concerned that developing nations have as strong a concern for data sovereignty, privacy and security as Europe - even if in some cases it was simply an excuse for regulation and taxation.

“They want to host their citizen’s private data within their own borders,” he said. “I see it as highly likely that the internet may shift from an unregulated free-flow of information into - unfortunately - a series of islands with regulated moats and bridges.”

Whether in the name of performance or data sovereignty, the net result will be for developing nations to rapidly build out more data centres and fibre networks to meet these needs.

The temptation, Noteboom fears, will be for enterprise and government in these emerging nations to build data centres on expensive real estate in ‘NFL cities’ like Hong Kong, Singapore, Tokyo, Taipai and Shanghai, without regard for pertinent site selection issues that would ensure cheaper, more sustainable power and cooling and room for modular expansion.

Scott Noteboom is a keynote speaker at the Australian Data Centre Strategy Summit at the Gold Coast Marriott, March 18-20.