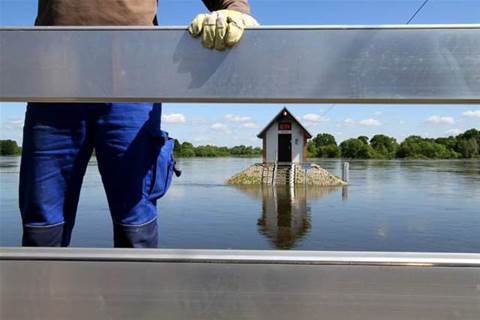 Australia's Bureau of Meteorology was forced to shut down its online water storage database in September 2013, when it realised that the open source platform was too complex to maintain without external help.

The Bureau is currently working on a replacement, based on an off-the-shelf software product, but not before nearly $40 million was spent on developing the now defunct website, the Australia National Audit Office has revealed in a report released yesterday.

It was launched after three years’ work in October 2010 and aimed to provide industry and the public a dynamic and up-to-date picture of Australia’s water reserves for planning and analysis.

During an audit of the project however, the BOM admitted to the Audit Office that AWRIS’ complex design meant that any major changes to the system could not be made without input of the original consultant.

Neither could out-of-date or incorrect data be readily deleted or updated, leading to substantial duplication of data and requiring time consuming data cleansing activities.

The ANAO said at an architectural level AWRIS was “poorly designed” and suffered from lack of scalability and an inability to efficiently query or access data.

The audit office questioned the value of the project, which is estimated to have reached $38.5 million for associated systems and applications by 30 June 2013.

“The level of expenditure has not been proportional with the level of functionality obtained,” the report noted.

SMS Management and Technology won the IT initial development contract in June 2009 in a deal initially expected to be worth at least $2.5 million per year.

Within 18 months, however, four change orders had been processed, increasing the value of the deal to over $15.4 million in the first two years.

The contract extensions were due to “the need to complete specified work, expansion of AWRIS‐related sub‐projects and the inclusion of new tools and methods for system configuration”.

“The milestones for the contract were not tightly specified, nor was the extent to which the industry partner staff would be integrated with or separated from internal bureau IT staff roles and deliverables.

“The contract began to resemble a time and materials contract rather than a fixed‐fee contract contingent on achieving milestones and deliverables, as would be better practice in these circumstances where time and resources are limited,” said the report.

The replacement system, AWRIS 2, is due to go live in December 2014.