LibreOffice steps up the fight for Microsoft users 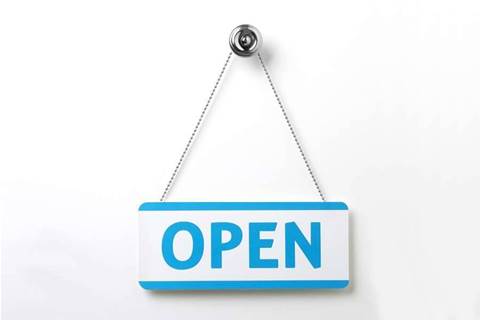 Version 4.2 of LibreOffice contains several new features aimed at users of Microsoft Windows, with improved Windows 7 and 8 intergration, custom dialogs and the ability to lock down configurations through Group Policy Objects in Active Directory.

Interoperability with Microsoft Office OOXML and DOCX formats has also been improved, and the LibreOffice Calc spreadsheet features a new calculation engine that can make use of graphics card processor through OpenCL for massively parallel operations.

Despite being free to use, LibreOffice and other alternatives struggle to gain traction in the enterprise, an October 2013 survey by analysts Forrester revealed. 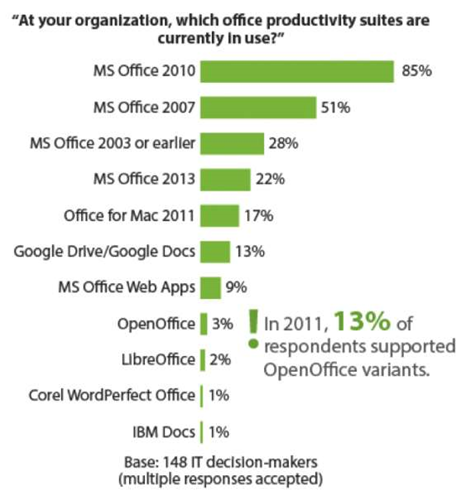 Source: Forrester
Forrester found that if anything, the number of organisations using alternatives to Microsoft Office variants had declined over the past two years.
Got a news tip for our journalists? Share it with us anonymously here.