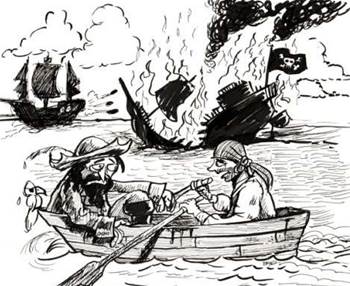 As traditional avenues for IP violations dry up.

A large US software anti-piracy organisation has been forced to expand its remit as cloud adoption erodes its traditional operating model.

From now on, the Software and Information Industry Association or SIIA will police a wider range of intellectual property rights infringements and not just conduct traditional software licensing audits, the organisation said.

The SIIA counts representatives from Adobe, Red Hat, Oracle, IBM and Google on its board of directors as well as content providers such as Thomson Reuters, Dow Jones and Pearson. It has hundreds of other companies as members.

SIIA's general counsel Keith Kupferschmid said the broadening of the scope is driven by companies migrating to the cloud.

“The move to the cloud is significantly changing the nature of IP violations," he said.

The SIIA now plans to monitor Internet classified advertising sites such as Craigslist for fake job ads, which scammers use for identity theft and which hurt SIIA member companies' reputations.

Kupferschmid said the SIIA will will use "automated and manual processes" for intellectual property rights enforcement, which include conducting test buys and gathering information on the alleged infringer.

Along with the Business Software Alliance (BSA) the SIIA is a trade association with worldwide reach that conducts audits of individuals and organisations thought to be infringing on members' copyrights.

If an audited entity cannot prove that it has purchased a valid software licence, copyright enforcers typically seek large penalties, settlements and jail sentences in some cases.