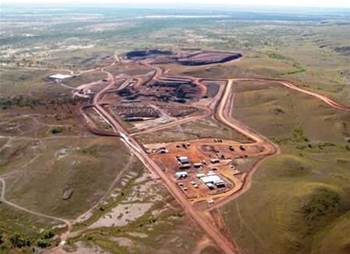 Atlas Iron has warned that a technology trial aimed at getting trucks to pay more for road use would "adversely affect the economics of mining smaller mineral deposits" in Western Australia.

The miner, which bills itself as an "emerging powerhouse" in the Pilbara, has written to the Productivity Commission's infrastructure inquiry to dispute a submission by rail operators Aurizon and Asciano that sought reform to the way truck operators are charged by governments for national road use.

The rail operators had argued that truck operators paid less than they should, and that made road freight appear more attractive than rail.

However, Atlas Iron's managing director Ken Brinsden raised concerns that the proposal did not recognise "the very different circumstances that apply to bulk commodity transport in Western Australia". (pdf)

Atlas presently hauls all minerals from its mines by road rather than rail.

The company says rail isn't an option because "all existing railway lines in the Pilbara are privately-owned and integrated into existing mining operations". In addition, Atlas' deposits "are not large enough to support the construction of a new railway line" for its sole use.

Atlas argued that the rail operators' proposal to trial direct mass distance location (MDL) technology nationally is unnecessary because Western Australia "already has a form" of it in use for bulk product haulage.

In addition, Atlas said it also "provides additional direct capital contributions to public road infrastructure" — a clear statement that the miner was carrying its weight.

"Atlas submits that any increase to road charges in Western Australia would not impact on allocation of bulk commodity transport between road and rail," Brinsden said.

"Rather, its only effect would be to adversely affect the economics of mining smaller mineral deposits, with a potential consequential loss of employment, economic activity and taxation revenue".