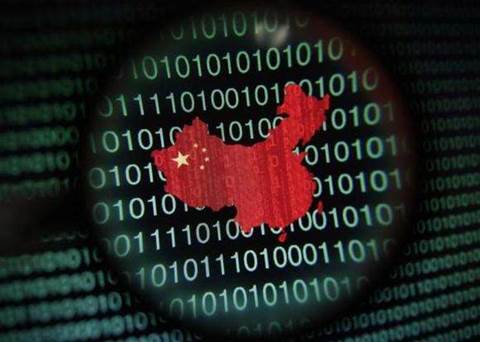 To a US-based anti-censorship service.

The official Xinhua news agency on Tuesday quoted experts as saying that the malfunction could have been the result of a hacking attack, and domestic media was full of speculation along those lines.

DIT is tied to the Falun Gong, a spiritual group banned in China which has been blamed for past hacking attacks.

During a daily news briefing, Chinese Foreign Ministry spokesman Qin Gang said he had "noted" reports of Falun Gong involvement, but said he did not know who was responsible.

"I don't know who did this or where it came from, but what I want to point out is this reminds us once again that maintaining Internet security needs strengthened international cooperation. This again shows that China is a victim of hacking."

However, sources familiar with the Chinese government's web management operations told Reuters that a hacking attack was not to blame for the malfunction. They declined to be identified due to the sensitivity of the matter.

They said the incident may have been the result of an engineering mistake made while making changes to the "Great Firewall" system the Communist Party uses to block websites it deems undesirable - such as the DIT site.

The state-run China Internet Network Information Center (CNNIC) said "the attack" on the country's Internet is under investigation, the official CCTV broadcaster wrote on its microblog on Wednesday.

'Mystery' over how it happened

CNNIC earlier said in a microblog post that the outage, which lasted for several hours, was due to a malfunction in China's top-level domain name root servers.

These servers administer the country's Domain Name Service (DNS), which matches alphabetic domain names with a database of numeric IP addresses of computers hosting different websites, a sort of reference directory for the entire internet.

Instead of matching the names of popular Chinese websites with their proper IP addresses, Chinese DNS servers instead redirected users trying to access websites not ending with the ".cn" suffix to the IP address associated with DIT's homepage.

It was unclear why users were being directed to the DIT site specifically.

Independent tests showed that the source of the malfunction originated from within China, and specifically from the Great Firewall servers themselves.

"Our investigation shows very clearly that DNS exclusion happened at servers inside of China," said Xiao Qiang, an adjunct professor at UC Berkeley School of Information in the U.S. and an expert on China's Internet controls.

Checks by DIT suggested a similar root cause for the overwhelming amount of traffic trying to reach the site, said Bill Xia, DIT's founder and a member of the Falun Gong.

"For such a large scale attack just targeting users in China, it can only be done by the Great Firewall," Xia said.

"It's even clearer this is not an attack of all the Domain Name Servers in the world, but the same as the DNS hijacking technologies used by the Chinese government to block websites they don't want."

The outage, which began around 3:15 p.m. local time, redirected roughly 1 million requests per second to the DIT site, said Xia.