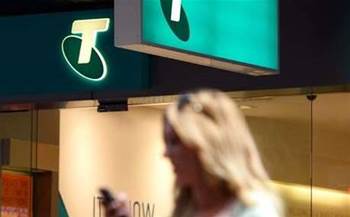 Telstra has acquired network integrator O2 Networks in the latest addition to its growing network applications and services (NAS) division.

O2 Networks designs and manages networks for 370 large financial and government-owned clients. Telstra will take on the company's 100 staff, it said in a statement.

The moves "significantly enhances" Telstra's ability to provide network, data centre and cloud services, a spokesperson said in a statement.

"We recognised we wanted to get into the front end of customer engagement, where customers go to market, and try to make sense of emerging technology."

Telstra's NAS portfolio grew 17.7 percent for the year ended 30 June. Contracts include its $1.1 billion contract with the Department of Defence as well as deals with Jetstar and Fitness First.

Bendschneider said Telstra was "very focused on being a network centric service provider, we are not attempting to be anything other than what our core strategy is: cloud security, managed networks and unified communications and collaboration."

O2 covers a broad sweep of vendor partners, especially in the networking and security space. It is understood that O2 Networks is one of the few companies that provides enterprise support for Juniper switches in a market dominated by Cisco.

The companies declined to reveal the value of the acquisition.

The deal marks another step in Telstra's renewed push in enterprise IT services via acquisition.

Like O2 Networks, that buyout was brought under Telstra's NAS business.

In its analysts briefing to reveal the 2012-23 results, Telstra chief executive David Thodey said: "We’ve made a very conscious decision that NAS needs to be a standalone profitable operation in its own right as well.

"So as you see us building our capability in call centres, unified comms, security services, the whole area around video conferencing, those businesses all need to be standalone profitable as well, as well as wrapping around that core network."

In the IT space, Telstra has also been buying up medical IT specialist and e-health companies, namely CA Health, IP Health and Fred IT.

The buyouts show Telstra's keenness to expand in enterprise IT through M&A, after its failed adventures with Kaz almost 10 years ago.

The telco acquired system integrator Kaz from founder Peter Kazacos – now managing director of Anittel – in 2004 for more than $300 million, then sold it to Fujitsu for $200 million five years alter after failing to successfully integrate it.

Got a news tip for our journalists? Share it with us anonymously here.
Copyright © CRN Australia. All rights reserved.
Tags:
acquisitiontagciscojunipero2 networkstelco/isptelstra