Westpac shakes up its IT leadership 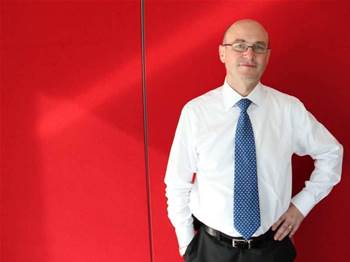 Westpac has restructured its technology leadership for 2014, with CIO Clive Whincup stepping out of day-to-day operations to assume the responsibilities of CTO Jeff Jacobs, who will exit the company.

The bank has meanwhile appointed Les Vance to the newly-created position of Chief Operating Officer, Technology.

Vance has served as both Westpac's company secretary and corporate counsel and more recently served as general manager of investments and business partnering. He is expected to bring stronger commercial and legal discipline to the technology division.

For Whincup, the move creates space for blue sky thinking. While he retains the CIO title, the restructure allows him to focus on defining future technology architecture rather than managing day-to-day operations.

Sources inside the bank told iTnews that Whincup was always better suited to a CTO-style role rather than the commercial leadership required from a CIO.

The managing of the bulk of Westpac’s IT staff and operations will be managed by Vance, including commercial relationships with suppliers.

“Clive Whincup will lead the new Innovation and Strategy and Enterprise Architecture functions at Westpac Group,” a spokesperson for Westpac told iTnews.

“Les Vance has been appointed to the newly created role of Chief Operating Officer, Technology, which will focus on the day-to-day running of technology and the delivery of the technology change agenda.”

Divisional CIOs now face the prospect of reporting to two senior IT leaders at the bank.

Dhiren Kulkarni, for example, will now report to both Whincup and Vance – to the former for Westpac’s mobile banking strategy and workforce mobility projects, and to the latter for the overhaul of Westpac’s online banking system and the technology function of the RAMS home loan business.

A Westpac spokesperson thanked CTO Jeff Jacobs for his contribution to the company.

“As a result of these changes, Jeff's role will no longer exist,” the spokesperson said.

“Jeff has made a significant contribution to Group Technology over the past six years, playing a major role in the development and execution of our IT strategy in 2009 and, more recently, in laying out the technology roadmap for 2017. He will continue to work with Clive during this transition.”

No date has been set for Jacobs’ departure.