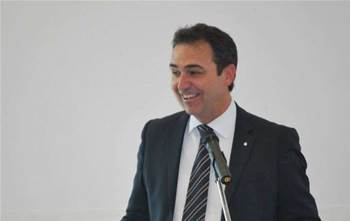 South Australia’s Liberal opposition has sought to one-up IT pledges made by the Labor government in an effort to woo voters ahead of the March election.

Attorney-General John Rau said in September that a proposed $500 million overhaul of the state’s justice precinct would include an on-site IT upgrade, pledging to “hardwire technologies into the building itself”.

The government has asked developers to bid for the project, which will be privately financed then leased back to the state.

But opposition leader Steven Marshall said this local solution is not enough to bring a paper-based legal network into the modern day and has promised that if his party is elected it will expand the overhaul to encompass all of SA.

“The courts precinct should be a justice hub for the whole state – having it designed hand-in hand with IT services which allow it to reach to every part of metropolitan and regional South Australia will deliver on that vision.

“A Marshall Liberal Government will explore asking bidders to not only finance, design and construct the courts precinct building but to redevelop the IT systems used by the Courts Administration Authority,” he said in a statement.

Marshall said that new features a Liberal government “would look to add” to the redevelopment include electronic filing, online case management and video conferencing. He did not specify how much funding his government would be willing to put forward, or whether the replacement was intended to be financed by the private bidders.

The state’s legal practitioners' constant struggle with under-resourced IT was placed firmly on the agenda in early 2013 by Supreme Court Chief Justice Chris Kourakis.

According to the Adelaide Advertiser, Justice Kourakis gave an impassioned speech describing 25 year old systems that were crippling the speed with which cases could be processed.

More recently he warned that if funding was not made available soon for a systems replacement, then the SA Courts Administration Authority “will struggle to meet the foreshadowed budgetary constraints in the forward estimates, services will be compromised and the expected benefits of the new courts building may not fully be realised”.

Shadow Attorney-General Stephen Wade added that “for too long South Australian courts have been under-resourced, poorly managed and overwhelmed, delaying justice for tens of thousands of victims and denying claimants the opportunity to pursue their rights”.

Justice IT overhauls have not always gone smoothly for SA’s fellow states, however.

An embarrassed NSW Government was forced to pay $2.7 million in compensation after its new courts system JusticeLink gave out incorrect bail details and lead to dozens of wrongful arrests.