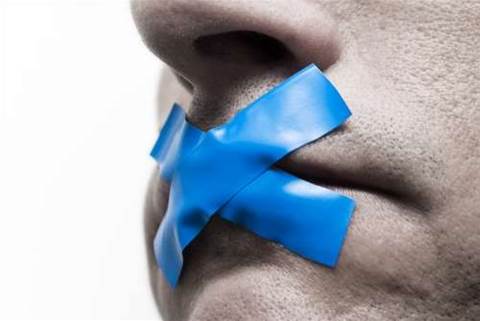 For the first half of 2013, Google has reported that it received 3,846 requests from governments to remove content from its services, a jump of 68 percent over last six months of the prior year.

Apart from an overall increase in requests, the web giant's legal director Susan Infantino says governments continue to insist on the removal of political material, a trend she labels as worrying.

Infantino says a range of reasons are given by officials in their removal requests, including defamation, privacy and even copyright claims over the material in question.

"Judges have asked us to remove information that’s critical of them, police departments want us to take down videos or blogs that shine a light on their conduct, and local institutions like town councils don’t want people to be able to find information about their decision-making processes," she writes.

Officials in different countries are targetting several Google properties, including Google Maps from which the Cyprus Anti-Drug Council wanted names of disputed territories on the island removed.

Google did not remove content in the above cases, but it did so in less than a third of 93 requests to take down government criticism. In total, Google complied with 36 percent of all official requests to remove some or all content from its services. 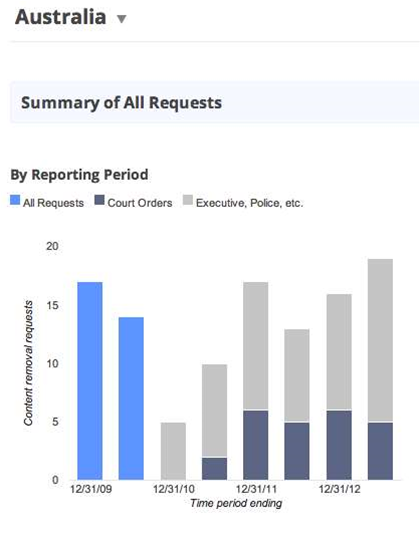 Australian officials put in a total of 19 requests for the first half of 2013, up from 16 in the preceding period.

Most requests were filed by government agencies and the police with YouTube being the most frequent target for content removal demands, Google says.

All in all, Google complied with 42 percent of Australian content removal requests.

Turkey and Russia stood out in the latest Transparency Report, with both countries having introduced sweeping legislation to censor Internet distributed content, and based on these, issued many more removal requests than before.