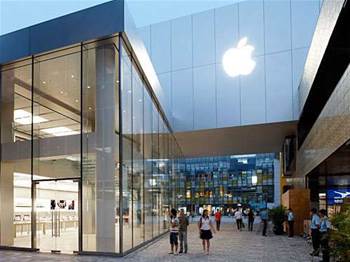 Apple Australia has been reprimanded by the competition watchdog for misleading customers around their rights to refunds or repairs for products.

The Australian Competition and Consumer Commission investigated Apple’s behaviour around consumer rights and found it had made a number of false and deceptive representations to some customers about whether they were entitled to a refund, replacement or repair.

It found Apple had told the customers it did not need to provide any recompense, despite such remedies being covered by consumer guarantees in Australian Consumer Law.

The products ranged from iPods to iMacs, peripherals, iTunes and App Store software, and non-Apple products such as headphones and printers.

The watchdog said staff had also been denying customers assistance for faulty non-Apple products — purchased from Apple — and had been redirecting customers to the manufacturer of those products.

Apple has since given the ACCC an undertaking that it will implement new compliance measures, including extending its 12 month warranty to 24 months — equal to provisions in the Australian Consumer Law.

The vendor also acknowledged that some situations may require remedies after 24 months.

“This undertaking serves as an important reminder to businesses that while voluntary or express warranties can provide services in addition to the consumer guarantee rights of the ACL [Australian Consumer Law], they cannot replace or remove those ACL guarantee rights,” ACCC chairman Rod Sims said in a statement.

Affected Apple customers will be able to go back to Apple and have their claims re-assessed, the ACCC said.

Apple has promised to monitor and re-train its staff in ACL compliance, create a webpage explaining the difference between its manufacturer’s warranty and the ACL provisions, and offer customers in-store copies of the ACCC’s consumer rights brochure.

It's the second wrist-slap for Apple in 18 months, after the ACCC was last year successful in getting Apple to pay a $2.25 million fine for promoting its then-latest iPad as 4G capable.

Apple had advertised the iPad as "wi-fi + 4G", despite the device being non-compatible with Australian LTE networks. The vendor dropped the claim and offered refunds to customers who felt mislead after the ACCC initiated a lawsuit, but it was not enough to prevent the fine being issued.