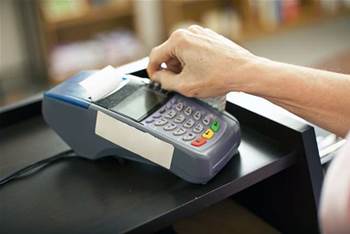 The Queensland Government will roll out a point of sale solution across the state in line with its promise to develop a “one stop shop” for frontline services.

The initiative, unveiled by the government last month following the long-awaited release of its ICT Action Plan in August, identified the need for a whole-of-government PoS system to help pilot multi-service government outlets in rural and regional areas.

Smart Service Queensland - a Queensland business unit in charge of customer-facing transactional services housed within the Department of Science, Information, Technology, Innovation and the Arts - will be at the helm of the new system, the government said.

At the moment Smart Service Queensland provides government services on behalf of several state agencies through a customised and limited PoS system.

“This means that there are requirements that would not normally be required by many retail POS systems.”

The government plans to integrate the existing system with the new PoS, and link with external systems in real-time. The new PoS, currently out to tender, will run for 12 months while the government assess its performance.

It will process both financial and non-financial services, and will need to integrate with Smart Service Queensland's existing scripting tool - which provides call centre staff information on services the agency provides - at the counter for customer service staff.

The state government’s five-year one-stop shop strategy is Queensland’s second attempt at getting such a program up and running.

The approach centres on having one website experience for all government transactions.

The then-Labor Government attempted to get a similar initiative up and running four years ago. It made it compulsory for agencies to franchise-out their phone and online service delivery systems to Smart Service Queensland, with an aim to transitioning 50 percent of services online by 2012.

But four years later only 30 percent of government services are currently being offered online.

The project was found to suffer from a lack of co-ordination, leadership and subsequently agency participation.

Outgoing DSITIA director-general Andrew Garner said in November the state government would create a more appealing service delivery platform to which agencies would jump aboard willingly.

“Our job is to create the best shopping mall, and then they will come and take a lease,” he said. “It is our responsibility to offer the best service we can and then the agencies will come on board.”