US refusing to budge on TPP issues 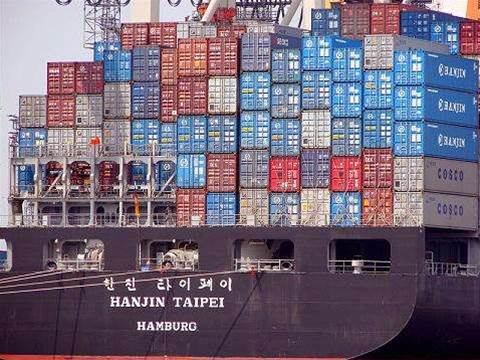 A new set of leaked documents from the latest round of the Trans Pacific Partnership (TPP) negotiations show large differences remain between the 12 nations trying to hammer out a trade agreement.

The TPP agreement is currently being negotiated between Australia, the US, Canada, Japan, New Zealand and South-East Asian countries.

Its goal is to simplify trade between the nations on issues like trademarks, copyright, digital rights management and technological protection measures and patents.

The US has been leading talks since 2010, but negotiations have struggled under the US' refusal to budge on its proposals.

Newly leaked documents - published today by Wikileaks - reveal the majority of countries involved are not supporting many of the US' proposals, including around copyright protection.

The documents show the most recent TPP meeting in the US "served to confirm the large differences that continue in most areas of the [IP] chapter, which introduces serious doubts as to what will happen" at the concluding meeting in Singapore later this week.

"This suggests that the TPP negotiations can only be concluded if the Asia-Pacific countries back down on key national interest issues, otherwise the treaty will fail altogether," Wikileaks said.

IP versus IT in the TPP

The Intellectual Property Rights (IPR) chapter is the largest area being negotiated in the TPP.

An earlier leak showed several wide-ranging proposals put forward by the United States and other countries, including a massive extension of copyright and technological protection measures (TPM) to enforce rights.

Australia has backed the US on TPMs and patentability criteria, and agreed the TPP countries should ratify and implement unspecified agreements on IPRs.

The Australian delegation is one of the few wanting criminal penalties and fines for camcording - something the United States has opposed.

Eighteen different issues are being negotiated by the countries as part of the IPR chapter. The United States supports the majority, including the ability to patent plants, animals and surgical procedures.

The e-commerce chapter shows more unity among the TPP countries than other areas, and most countries appear to support tariff concessions for the trade of information technology products however.

But despite the negotiations drawing to a close and the US "exerting great pressure" to close as many issues before Singapore as possible, little progress has been made and the countries remain poles apart due to the US' refusal to budge on many areas.

The leaked document states there has been "inadequate progress" in the financial services chapter, with "paralysed" positions a result of the United States' "zero flexibility".

The document called the proposed right for investors to sue TPP governments when unfavourable legislation or regulation is introduced the "most important issue for the majority of members".

But the US has refused to be flexible on the proposal it introduced, which has only been supported by Japan.

Australia, which has so far supported the US on IPR issues, appears to be changing tack. The document said its position is "unclear" and beginning to show show some weakness.

Signs are that the TPP won't have plain sailing through the US legislative.

Last week, Democrat congresswoman Zoe Lofgren warned the TPP was a way of "backdooring" what rights holders could not push through in the US Congress.

"I think we all remember SOPA, the Stop Online Piracy Act. Millions of Americans shut the phone system down in the United States Congress," she said.

"It looks like there are some elements of SOPA that are being inserted into this trade agreement and I don’t think the American people are going to put up with it."