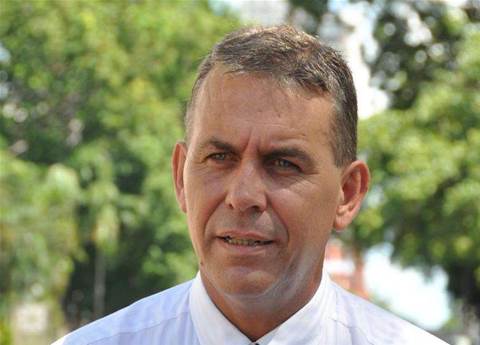 The Northern Territory government’s new IT minister has made an explosive entrance to the portfolio, describing the state’s failed whole-of-government asset management system project as a “scandal of epic proportions”.

In a 4000 word tirade delivered to parliament last week, Tollner said the asset management project had “many parallels to Queensland’s Health payroll scandal,” and accused his Labor predecessors of “shades of the same incompetence” that led the Queensland project into the ground.

Tollner also attacked the quality of services delivered by systems integrator Fujitsu, and raised the prospect of taking the IT giant to court.

“Fujitsu have failed in their role as the contracted systems integrator for AMS,” he said. “I need to be somewhat circumspect in this area... as the Territory is currently reserving its rights and could possibly seek legal remedy for the failings of Fujitsu.”

The asset management system project began in 2006 with the aim of replacing nine stand-alone agency systems that were becoming an expensive burden to run.

A budget of $7.2 million was approved for the initiative on the basis that it would begin paying for itself after five years. An approach to market took place in 2007.

Fujitsu was selected as the prime contractor for the deal, with a SAP-based bid to deliver the project for $14.8 million - more than twice the original outlay. Expenditure has since reached close to $50 million.

Tollner raised a number of questions about Fujitsu’s pitch, describing SAP software as the “Rolls Royce of ICT systems” when the Territory was only in the market for a “Toyota Hilux”.

He said a subsequent market investigation by his new portfolio - the Department of Corporate and Information Services - raised doubts about the use of the ERP product for the sole purpose of asset management, as opposed specialist solutions like IBM’s Maximo.

“The advice they received is that they are not aware of any other organisation worldwide that has deployed SAP for just managing assets,” he said.

The minister also accused Fujitsu of second rate service, which resulted in deadlines being missed, a revolving door of project managers and contractors moving in and out of Darwin, and shoddy work that had to be re-done.

The original “blueprints” for the system “contained numerous errors, failed to address out business requirements for an assets system, contained spelling mistakes and were, in some places, simply incomplete,” he explained.

“In many places they were obviously cut and pasted from another Fujitsu client and still had the name of the other company in the documents.”

He said in many instances expensive contractors, some of whom were visiting backpackers, were employed in unskilled jobs easily carried out by public servants.

Fujitsu did not respond to request for comment by the time of publication.

Will the NT government dump the system altogether? Read about their deliberations over the page...

Although the asset management system went live in April 2012, external auditors have rated only 11 percent of it as fit for purpose.

The ramifications of these shortcomings can been seen right across government, Tollner said. Getting accurate and appropriate information out of the system was “a bit like extracting teeth”.

“Applying the correct accounting treatment to assets and getting reliable financial data out of AMS and into [the government accounting system] is a daily challenge for the hardworking public servants who have to use the system on a day to day basis," he said.

“Data quality remains a huge problem. Developing a data migration strategy to transfer data from the nine old ‘legacy’ systems to the new AMS was not done properly during the development of the system."

The system's functionality is also causing a headache for the Department of Housing, which has lost a direct portal formerly used by construction contractors to log their work, and is now forced to employ temporary staff to manually enter contractor data.

The Northern Territory government is having second thoughts about whether it wants to keep the asset management system at all.

“To put it bluntly, we are driving a Rolls Royce and even if we get it working properly it is still a Rolls Royce,” said Tollner.

“We need to ask ourselves the fundamental question about whether this is sustainable over the long haul."

This question is the object of an internal investigation currently underway to assess what options remain available to the Territory. The review team is due to report back early in 2014.

The saga seems to have drawn the first formal ICT policy announcement out of the Liberal state government, after it halted work on the whole-of-government ICT strategy being put together by Labor prior to the election.

As a direct response to the asset management saga, the government is putting together an ICT governance framework to strengthen oversight of technology investments and to hopefully improve project management.

The new scheme is due to be put before cabinet in the new year.