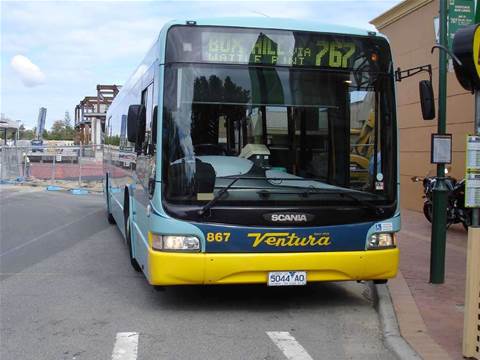 The Victorian Government will resurrect its efforts to roll out GPS tracking on Melbourne’s bus fleet after suspending the first iteration of the delayed and expensive project just a month ago.

The state announced it had halted its implementation of GPS tracking on Melbourne buses in late October this year over concerns of exorbitant operating costs owing to the project's complexity.

But after three years, the technology was only operating on 30 percent of Melbourne’s 1400 buses, and only on one of its bus operators, Transdev, despite being fitted to nearly all metropolitan buses.

A Public Transport Victoria spokesperson told iTnews in October the delay had been a result of the need to install depot equipment and train operators in its use. The complexity of the dated equipment was also contributing to growth in operating costs.

PTV decided to constrain the system to Transdev buses while it looked at more cost effective ways to provide bus tracking.

It revealed today it wants a new supplier to provide a “proven solution” to enable real-time tracking of its bus fleet. Compared to the previous years-long deadline, the PTV wants the new system to be implemented by June 30 next year “or earlier”.

The new contract will cover the remaining 1100 buses across 11 depots in Melbourne currently not operating the GPS system under Sigtec, and potentially a further 300-plus buses later down the track.

A PTV spokesperson told iTnews the $16 million, five-year Sigtec contract would remain in place to service the 30 percent of vehicles with operational tracking.

When questioned on how it would avoid similar challenges faced in the first GPS tracking rollout, a spokesperson said the agency was looking to “simplify the system” using “new and innovative technologies that are adaptable and represent value for money”.

The new supplier will be able to utilise the active GPS monitors provided by Sigtec currently installed but not operational in the 1100 buses.

“Alternatively the supplier can replace this unit and utilise the existing wiring, GPS antenna and make safe any redundant wiring due to the removal of the existing GPS unit,” the agency said in tender documents.

The real-time GPS tracking will be accompanied by a “daily data file” which will be managed and provided to the PTV by the successful supplier. It will involve information on performance monitoring, contract management, on-board information and operator fleet management.