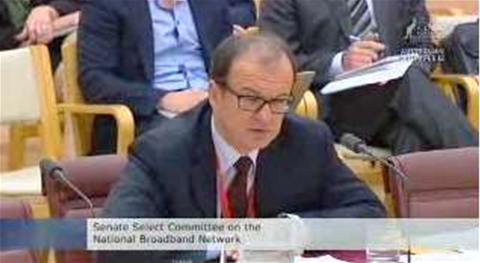 Thousands of nodes a week required.

NBN Co's interim CEO Ziggy Switkowski has warned that meeting the Coalition's 2016 deadline for a 25Mbps service to all homes in Australia will be "very, very demanding".

Appearing before a Senate Committee after being summonsed this week, Switkowski warned it could take most of the next year to sort out multiple obstacles and negotiations required for a rebooted NBN.

Switkowski said he wasn't aware of another fibre-to-the-node rollout worldwide at the scale proposed by the Coalition.

"This is an extraordinarily complicated live project," Switkowski told the committee.

"The 2016 deadline is very, very demanding especially if you recognise that most of next year will be one of transition".

The Coalition's rebooted NBN is to be delivered in two tranches: a 25Mbps service to all homes by 2016, and then 50Mbps to nine out of ten households three years later.

The fear is those dates could now slide substantially due to network redesign and renewed negotiations with Telstra and equipment of vendors.

Earlier today, the Sydney Morning Herald reported the details of an internal NBN Co briefing for the Abbott government that showed that the Coalition's NBN will not be completed on time.

The briefing document noted that apart from delivery delays, the Coalition's fibre-to-the-node network would see up to 30 percent less projected revenue by 2021 and that the NBN would be inadequate for many users wanting higher broadband speeds.

Communications Minister Malcolm Turnbull has blasted the document as being "out of date" and "defending a failed project".

Greens Senator Scott Ludlam quizzed Switkowski on how many new nodes or cabinets will be needed in cities and regions under the Coalition's NBN plan.

Switkowski said between 60,000 to 80,000 are required. To meet Coalition deadlines, up to 2200 nodes a week would have to be deployed, Ludlam noted.

Senators Stephen Conroy and Ludlam also pressured Switkowski on the quality of Telstra's copper network, questioning whether it was fit for purpose and the feasibility of the time line for remediation work, including removal of asbestos from the cabling pits.

Switkowski was unable to provide a timeframe on when negotations with Telstra on the remediation work for the copper network and the cabling pits would conclude.