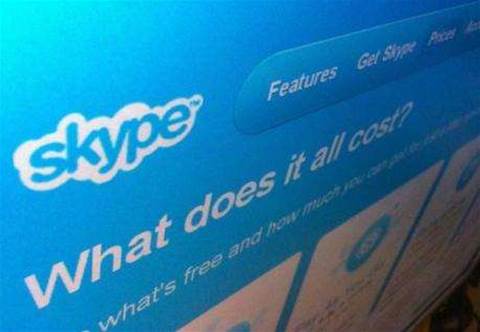 Microsoft has made it harder to monitor calls and chats over its Skype phone service in China, a freedom of expression advocacy group said, as the Chinese government steps up censorship of the Internet.

Skype said on Monday it had ended an eight-year joint-venture with Hong Kong-based TOM Group — 51 percent owned by Hong Kong billionaire Li Ka-Shing — and found a new partner in China.

"After careful analysis of the new Skype, we believe that Microsoft have lifted all censorship restrictions on their China product," the advocacy group, GreatFire, said on Wednesday.

"All user calls, chats and login information are encrypted and being communicated directly to Microsoft via HTTPS.

"This is a complete about-face for Microsoft from the TOM-Skype era, when all information was processed by TOM and stored by TOM on servers located in China with absolutely no privacy controls in place."

A Microsoft spokeswoman in China declined to comment and a public relations official at Skype's Asia-Pacific regional office could not immediately be reached.

Skype's new partner in China is Guangming Founder (GMF), a joint-venture of Beijing-based newspaper Guangming Daily and the Founder Group, a Beijing technology conglomerate established by Peking University, according to the new GMF-Skype website.

The Skype-TOM partnership has come under criticism from rights groups for allowing censorship and surveillance. Studies have shown the TOM-Skype service was subject to blacklisted keyword checks that could trigger monitoring of its users.

Foreign Internet companies must tread a careful path in China to exploit bountiful business opportunities without compromising a carefully-nurtured image as champions of open societies and free speech.

In 2010, Google conducted a partial pull-out from China on the basis of censorship and after it suffered a serious hacking episode that the company said emanated from China.

Google's search market share in China fell to 1.7 percent last month from 12 percent in August 2010, although its Chinese business has benefited from strong demand for its Android software.

The ruling Communist Party sees censorship as key to maintaining its grip on power, recognising that social media offers a platform for citizens to air grievances and criticism of the government, a potential trigger for social unrest.

Outside China, Skype's security and privacy protection have been under the spotlight following revelations, disclosed by Edward Snowden in his leaks of US National Security Agency documents, that the online communication service was part of the NSA's PRISM programme to monitor communications through some of America's biggest Internet companies.