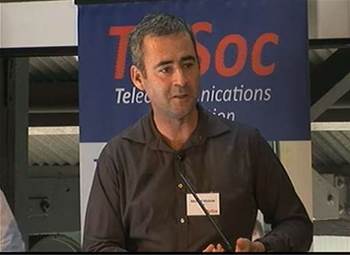 ISP iiNet's finance chief will temporarily take the reins as CEO of the company after Michael Malone revealed plans to take a "3-6 month break" before returning to oversee a fresh round of growth.

Malone told the company's annual general meeting (pdf)he had "never taken a substantial break" since founding iiNet about 20 years ago. He will hand the reins of the company in his absence to David Buckingham, who has been CFO for six years.

An iiNet spokesperson told iTnews there was "no firm date at this stage" for the arrangement, and that Malone would be at the helm of the company for several more weeks at least.

Malone said a ten-year plan is currently being prepared that will chart iiNet's future growth strategies.

"The board and management are preparing for where the business needs to go in the next ten years, collecting and evaluating the many strategic options, a project that has around 18 months to run," he said.

Malone put his confidence in the executive team to run the business in his absence. He conceded after 20 years "it will be strange not coming to iiNet each day for a while".