Some constructive advice for Malcolm Turnbull 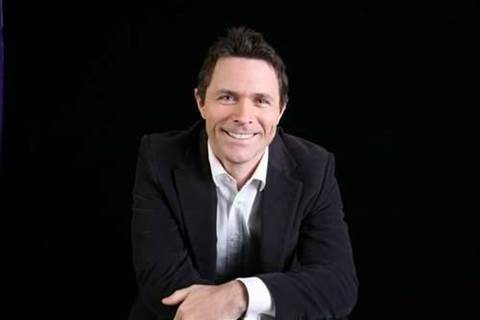 Labor was flogged in the last election, but I suspect very few people voted Liberal because of their broadband policy.

Seventy per cent of Australians support the NBN. They support it because they know how important it is.

The NBN will change the way we live and the way we work – just like electricity did. When electricity was rolled out to homes across Australia no one imagined it would be used for things like television or air conditioning or computers.

It has changed our lives. Why did this happen? The infrastructure led to innovation and that led to more demand for more electricity. The same thing will happen here. The NBN will change the way we live in ways we can’t even begin to imagine now. The father of the internet, Vint Cerf, has given us a hint of this in his often quoted remark that 99 percent of internet applications haven’t been invented yet.

The Liberal Party’s broadband policy has changed a lot over the last three years. Three years ago they said they were going to demolish the NBN. Now they are going to keep it, even if through gritted teeth. We have won the debate. A bit like Medicare, the Liberals realise the NBN is too popular to destroy.

But there is still a big difference though between the two major parties – Labor supports a fibre network. The Liberals want to use fibre to a node in the street and then use the old copper network to your house. So who is right?

Ask most experts and they will tell you the future is fibre. The question is whether you do it now or later. In other words, if we build a second rate fibre to the node system today we are going to have to come back later and finish the job.

There have been problems with the early construction rollout. It is not good enough and it needs to be fixed.

There are lots of things that can be done to improve the construction rollout, and they should be done. But we shouldn’t throw the baby out with the bath water. Fibre to the home is the right policy. We have to fix the construction of it – not throw it out.

Mr Turnbull has ordered a strategic review of the NBN. That is good. But his choice of some old friends with no construction experience to write the report suggests that this is going to be a hatchet job rather than an independent review.

I won’t be surprised if the review claims there are massive cost blowouts, delay and economic disaster. As Brad Orgill, a former director of NBN Co has said, that’s not hard to do – just use some selective data and different assumptions and you can claim a massive blowout.

While this review is happening construction has stalled. New work has not been issued to contractors and a number of small businesses have written to the Federal Government warning them that they are going to have to sack staff.

Mr Turnbull has promised to honour existing contracts. That is not happening. Contractors are not getting work and last week half a million homes and businesses that were next on the list to get the NBN have suddenly now been taken off the list and look likely to be the first victims of the Coalition’s cuts to the NBN.

Here are some constructive suggestions: employ a CEO with experience in rolling out network infrastructure, work with industry to fix the construction problems, make changes that will speed up the rollout, but don’t stop building a fibre network that we are going to have to come back and finish off later.

Just over a decade ago the M5 East tunnels were built in Sydney. They are two lanes in each direction. Soon after they opened it was obvious this was not enough. They were choked with traffic. The NSW Government is now trying to fix this. They have promised to build two more tunnels – but this is still almost a decade away.

This should have been done years ago, when the M5 East was first built. It would have been cheaper, the roads wouldn’t be clogged today, and the economy would have been more productive. There is a lesson in this. Don’t just build for today. Build for tomorrow. It will be here sooner than you think.