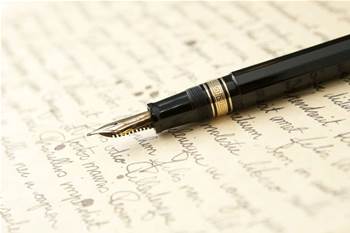 Six of the world's largest internet companies including Facebook and Google have written to lawmakers in the United States urging for reforms to transparency around US surveillance activity.

The letter was signed by AOL, Apple, Facebook, Google Microsoft and Yahoo!.

The tech giants are calling on lawmakers to increase transparency to include data on the number and type of requests tech companies receive, to improve privacy protections around surveillance activity and provide oversight and accountability for surveillance programs.

The companies wrote that while they welcome the debate around national security and privacy, they were concerned about surveillance activity by the National Security Agency in the US and activity in other countries.

“Our companies have consistently made clear that we only respond to legal demands for customer and user information that are targeted and specific,” the companies wrote.

US surveillance activity was revealed by former NSA contractor Edward Snowden, who leaked information about PRISM, an initiative by the agency that used data from major tech companies, including Apple, Facebook, Google and Microsoft.

Apple, Facebook and Microsoft have previously issued denials about their involvement in the program and some of the companies have made requests to US lawmakers to be allowed to share data with the public about requests from the NSA.

More recently, the USA Freedom Act was introduced by a bipartisan group of lawmakers to impose restrictions on who the NSA can target with its surveillance program.

Australia has also been linked to NSA surveillance, with Australian embassies in Asian countries allegedly intercepting calls and data in a project linked to the US, Canada and Britain, according to documents leaked by Snowden.

Jon Lawrence, executive officer at Electronic Frontiers Australia, believes the letter by the tech companies will have an impact.

He said the companies are powerful and the US government has a “vested interest” in the commercial success of the businesses.

“It is entirely understandable that the large US-based technology companies that have signed-off on this letter [want] the ability to clarify to their customers the extent of their involvement in government surveillance activities,” he told iTnews.

“As has already been widely reported, there is the potential for significant commercial harm to the international operations of these companies from concerns about the extent of surveillance that they are involved with.”