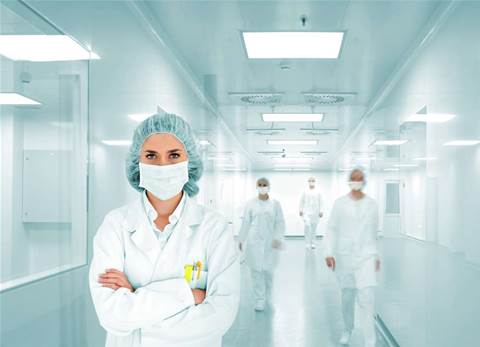 No cure yet for Victoria’s HealthSMART ailments.

Expensive new clinical systems meant to improve the efficiency of Victorian hospitals may actually be placing patients at risk, the state’s Auditor-General John Doyle has found.

In the second report on the Victorian health department’s now cancelled HealthSMART program to be released this week (PDF), Doyle detailed some frightening workarounds that could be responsible for as many as 100 failures to provide medication to patients.

Launched in 2003, HealthSMART was based around a common set of clinical and corporate systems that were intended to be rolled out across the entire Victorian public health system.

Despite more than $300 million being spent, however, there are still gaping holes in clinical functionality, particularly for electronic medication management.

Since 2010, the health department has been aware of an issue in two major hospitals which causes the system to record as ‘discharged’ any patient who changes wards within the hospital. This categorises all of the medications prescribed to the patient as inactive.

In at least one emergency ward staff print off a paper copy of a patient’s medications record to be physically carried to their new location.

In other cases, they copy and paste the information from the old record to the new record, a process the hospital has acknowledged as incredibly risky with “no tolerance for anyone missing a step”.

“Incident reports at these two health services have recorded a considerable number of instances where pain relief, antibiotics and other medication were given twice or not at all due to this issue,” the report found.

The Auditor-General said the Department of Health committed to fixing the problem by August 2011, but to date nothing has been done.

The HealthSMART prescription management solution is also fundamentally unsuited to the fast pace of hospital operations, the report found.

Doctors who fail to enter the details of complex prescriptions in a precise sentence order required by the application risk the order being unintentionally repeated and the patient receiving a much greater dose than they need.

As a consequence of these usability issues, some frustrated doctors were printing knowingly incorrect prescriptions which they then amend by hand, leaving behind a false medical record. Other doctors have simply reverted back to their paper prescription pad to avoid it altogether.

Did the department intentionally mislead its Minister?

The Department of Health has publically acknowledged the original business case for HealthSMART was compromised by an optimism bias and that “the competitive nature of the budget bidding process tends to lead towards overselling of a case to attract funding”, the report said.

Just as damning, however, are claims made by the Auditor-General that the Department in fact misled the health minister on the details of its activity to cover up the extent of the program's troubles.

In July 2012, he said, the Department informed the minister that the roll-out had been downgraded and that just four out of ten originally targeted hospitals had been completed.

But in fact the scope at the beginning was for 19 sites – and only one had seen all system capability go live at that point.

He also found that the department never got permission from Cabinet or Treasury to reduce the scope of the activities that hundreds of millions worth of IT funding was based upon.

In keeping with the recommendations handed down by health minister David Davis’ commissioned review on Monday, the Auditor-General has requested a system-wide ehealth strategy be drawn up by the Victorian government.

He has also advised the department to better adhere to Treasury’s investment protocols in the future and to immediately address the specific system shortfalls marring clinical operations.

He used his opening statements to warn the department that he would be “monitoring the actions taken to implement my recommendations closely”.

Much of the advice given in the hundreds of pages written about the project to date, including an another audit in 2008, an Ombudsman’s report in 2011, a parliamentary inquiry last year, have slipped through the gaps, he said, and he is not inclined to let it continue.